An honest assessment may help to quickly lead to paying jobs 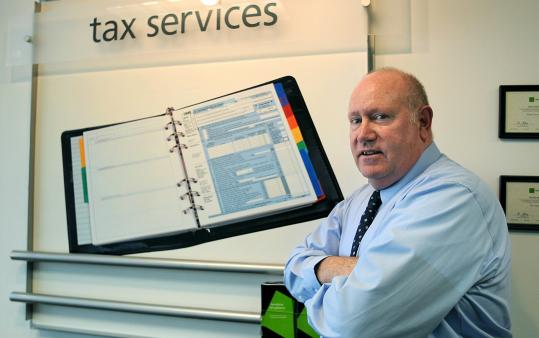 Bill Kirchmann, in the search for a new career, says, "I feel very positive. You look at where you are and go forward. Go forward." (Debee Tlumacki for The Boston Globe)
By Megan Woolhouse Globe Staff / May 16, 2010

After 35 years in the insurance industry, many of them as a claims adjuster, Bill Kirchmann was laid off during the worst recession since the Great Depression. Jobs were scarce, and he knew he might need to change careers. He was 57 years old.

What followed was a period of soul searching and frank self-assessment. Kirchmann spent a month examining how his skills and interests had evolved since his college days four decades earlier, and concluded that his math and analytical abilities could help him become an accountant. Enrolling in a yearlong program at Bristol Community College in Fall River, he will earn an accounting certificate at the end of the month and has already gotten part-time work at H&R Block, the tax preparation firm.

“I just had to mentally revamp,’’ he said, “and just go forward.’’ Kirchmann took a smart route, career counselors say. Fiftysomethings, often with bills to pay, children in college, and retirement on the horizon, already have skills and a resume. What they don’t have is enough time and money to make a dramatic career switch.

As a result, many workers in their 50s need to do what Kirchmann did: take a top-to-bottom inventory of skills and interests; identify industries that need those skills; and then update, adapt, and refine those skills with short-term training programs that quickly lead to paying jobs.

“The most successful transition is not something that’s a whole new field,’’ said Larry Elle, an independent career consultant in Boston. “You need to find something that really interests you and excites you, because it tends to rev up your motivation. And you really need that extra shot of motivation.’’

Kirchmann, who grew up in upstate New York, said he had never taken an intermediate accounting course until last year. But he had graduated from the State University College of Buffalo in the 1970s with a bachelor’s degree in economics.

After graduation, he landed jobs at insurance companies in Maryland, Delaware, and West Virginia as an adjuster. With a stable income, he married at 26. He and his wife, Mary, a tutor and Massachusetts native, decided to relocate to the state to start a family. They moved to South Dennis and later to Seekonk.

In 1996, Kirchmann took a job in the claims department at Quincy’s Stop & Shop Supermarket Co., where he worked for 12 years until he was laid off as part a restructuring. His three children were adults in their 20s, but Kirchmann said he felt too young to retire. He had more to contribute.

“It was tough to take, to be honest with you,’’ Kirchmann said of his layoff. “You feel the loss of your friends and people you’ve been working with for a decade.’’

As he considered new careers, he first thought of banking, but the sector was in the midst of the global financial crisis. Jobs were even scarcer than in the insurance industry. Accounting, however, seemed an attractive option. He could work part time while earning college certification because accounting firms tend to hire part-timers during the spring tax season.

Kirchmann went to one of the state career centers in Attleboro and talked to a counselor about enrolling in a community college accounting course. He was surprised and overjoyed to learn that federal stimulus funding would foot the $4,800 bill for tuition, fees, and books.

Despite the assistance, Kirchmann’s financial situation has been difficult. He’s earning just 10 percent of his Stop & Shop salary. He has had to use much of his 401(k) retirement savings to pay bills, including an $800-a-month mortgage to keep his three-bedroom Colonial in Seekonk.

He and his wife have cut back on vacations and dining out, and dropped several magazine subscriptions.

But he remains optimistic. He continues to look for full-time work, tapping into resources at the state career centers and community college accounting program.

He is a regular at the WIND (Wednesday is Networking Day) group that meets at Trinity Episcopal Church in Canton, where he finds encouragement and support.

“I feel very positive,’’ Kirchmann said. “You look at where you are and go forward. Go forward.’’

Changing careers in your 50s is more complicated than in your 30s. Here’s advice from Larry Elle of Success Associates in Boston and Roni Noland, a Milton career consultant.

Should a fiftysomething go back to school?

Consider two-year or less certificate programs instead of longer degree programs. They’re faster, less expensive, and get you back to work sooner. Also, avoid jumping into a field because it’s "hot." By the time you complete training, the field could be flooded with candidates. Instead, think about careers rooted in your skills and interests, and consider how they could be adapted.

Should I take part-time job work while looking for full-time employment?

Accept contract positions, temporary jobs, and volunteer work to bolster your resume. They also can lead to permanent positions. Be aware that these jobs may reduce unemployment benefits.

What are affordable resources for job hunters?

Go to one of the state’s 37 One-Stop Career Centers. Consultants there can suggest where to get help. For example, some retraining and community college programs are subsidized by the government. To find a center near you, visit www.mass.gov/eolwd. Free career interest assessments are available at www.MassCIS.intocareers.org. Networking groups are another resource. WIND (Wednesday is Networking Day) groups meet at locations throughout Greater Boston. Meetings cost $10.

If feasible, enlist a career consultant, who can help older employees see their skills with fresh eyes.

What other advice would you give a job hunter?

Don’t hide at home or shy away from telling others that you are looking for work. Reach out and tell everyone you know. People may offer helpful tips, like news of job openings.

Changes for the ages