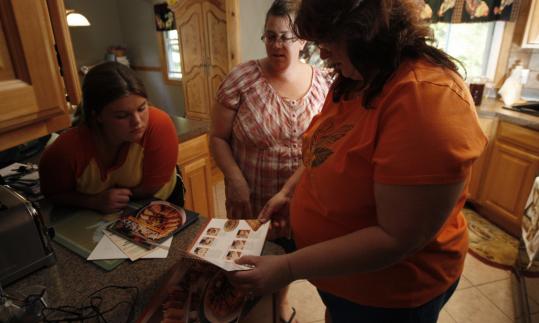 On this Labor Day, 5 million Americans have been out of work for more than six months, a record number that forecasts a slow, difficult recovery and a long period of high unemployment, according to Northeastern University’s Center for Labor Market Studies.

Nationally, the average bout of unemployment has reached 25 weeks, the longest since the end of World War II, and is likely to increase as the jobless rate goes higher. Most economists expect the national unemployment rate, now 9.7 percent, to top 10 percent before peaking next year.

The average length of unemployment has also reached 25 weeks in Massachusetts, where the rate hit 8.8 percent in July, according to the center. Economists believe unemployment in the state will surpass 9 percent before peaking next year.

The experience of Lisa Teed is illustrative of the challenges facing people who have been laid off since last year’s economic meltdown.

Headhunters started calling Teed, a senior business analyst, soon after she lost her job last year. Within a few weeks, she was on the short list for an opening at a Boston investment company and set to meet with hiring managers.

Unfortunately, her interview was scheduled for Sept. 30, the day after the Dow Jones industrial average plunged a record 777 points. The interview never happened. The headhunters stopped calling. And now, a year later, she is still out of work.

Teed’s experiences show how quickly the job market plunged into free fall and how long it is taking to reach bottom.

US employers cut another 216,000 jobs in August, the 20th consecutive month of national job losses, the Labor Department reported Friday. About one in three unemployed workers have been jobless for more than six months.

The danger of long-term unemployment is that it feeds on itself, said Andrew Sum, director of the Center for Labor Market Studies. The longer workers are unemployed, the harder it is for them to become reemployed. Skills atrophy and firms begin to see extended joblessness as a sign of “damaged goods,’’ Sum said.

That, in turn, contributes to higher, more persistent unemployment that can embed itself in an economy.

“This is the dilemma we’re in,’’ said Sum. “We have this surge in unemployment, no vacancies, and no job creation. We used to take pride in the short duration of unemployment in this country, but that’s no longer true.’’

Dolphon Edwards, 57, of Dorchester, has not worked since June 2008, when a temporary manufacturing job ended after five months. It was the last in a string of temp jobs he had held since getting laid off from electronics equipment maker , of North Reading. He worked there for 25 years.

Edwards, who is divorced, recently had to move in with relatives. He has nearly burned through his savings, including his 401(k) retirement account. He has studied electronics engineering at Wentworth Institute of Technology in Boston and is certified in high-tech manufacturing processes. Each day, he goes to a state career center to search listings. He is in regular contact with three temp agencies. Still, nothing.

“You do all the right things,’’ Edwards said. “You get education, you get skills, you go out looking for work, and nothing turns up. It’s very frustrating. It’s very depressing.’’

Edwards’s experience reflects the changing nature of joblessness in the United States. At one time, laid-off workers would return to their old jobs once the economy revived, allowing policy makers to increase employment by revving up the economy with lower interest rates and taxes.

But as technology and globalization have accelerated, workers have increasingly suffered permanent job losses due to plant closings, automation, outsourcing, and other circumstances, analysts said - meaning that, for many people, to work again they will have to do something new.

Meanwhile, the average duration of unemployment has increased in each of the past three recessions, from a peak of 19.5 weeks in the early 1990s, to 20.5 earlier this decade, to 25.1 weeks in the current recession.

“It’s not just lose a job, go find another one,’’ said John Silvia, chief economist at in Charlotte, N.C. “The old jobs and the old locations are not coming back. That’s not going to be solved by a stimulus program.’’

Nearly 52 percent of the nation’s unemployed have lost jobs permanently, either through layoffs or the end of temporary assignments, according to the Center for Labor Market Studies. That’s the largest share since the Labor Department began tracking that segment in 1994. US employers have slashed nearly 6 million jobs over the past year, while the national unemployment rate has jumped 3.5 percentage points.

In Massachusetts, nearly 60 percent of the unemployed have suffered permanent job losses, the fourth-highest percentage among the 50 states, according to the center. Only Florida, Nevada, and Arizona have higher shares in that category.

High costs have historically made Massachusetts vulnerable to permanent job losses, particularly as technologies mature and products can be produced in less costly areas, encouraging companies to shift jobs elsewhere. The cycle has been repeated among industries from textiles to shoes to software, and has accelerated during economic downturns.

The surge in permanent job losses underscores the need for the federal government to dramatically increase funding to training programs that teach new skills, said the center’s Sum. For example, although about 165,000 unemployed in Massachusetts have suffered permanent job losses, according to the center, only about 7,000 in Massachusetts were served by dislocated worker programs in the fiscal year that ended June 30, according to the state.

“If you have no job to go back to, you become long-term unemployed,’’ said Sum. “So many need retraining and retooling.’’

Bob LaMotte had worked at the same technology company for 21 years, and didn’t even have a résumé when he was laid off last September from his job as a sales manager. Since then, LaMotte, an engineer by training, has scoured job listings, sent out résumés, reached out to old business contacts, and joined a networking group. A year later, he’s still looking.

“Traditional job search methods are getting overwhelmed,’’ he said. “It’s like musical chairs, except they take away your job and the music never starts up again.’’