For many, vacation not a matter of choice 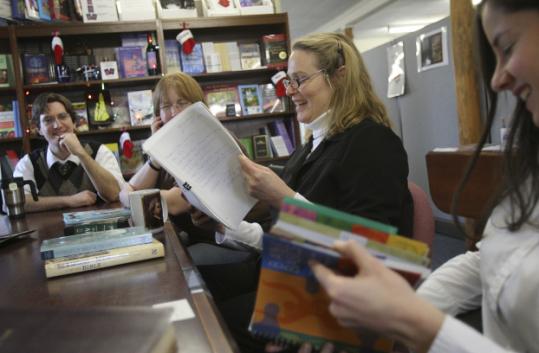 Most people look forward to taking time off during the holidays, but some employees won't have a choice this year. To save money, more companies are shuttering their offices between Christmas and New Year's and some even longer - often requiring workers to use vacation days or be furloughed without pay.

Holiday closings have been rolled out sporadically over the past 50 years at workplaces as diverse as factories and software companies when demand for products and client meetings dips. But this year more businesses are adopting the mandatory holiday hiatus to save money as the country plunges into the worst financial crisis since the Great Depression. Others are expanding the practice to different departments or lengthening the required leave of absence.

"Having a few forced vacation days off is tremendously better than standing in an unemployment line," said Frank Glassner, chief executive of Compensation Design Group, a consulting firm in San Francisco. "It's an unfortunate reality of life in this terrible recession that we're in."

Hard data are tough to find on how widespread the practice is. But several employment specialists and companies said they have seen more evidence of it as the economy has worsened.

The Society for Human Resource Management, which for the first time conducted a survey to see how companies are handling staffing amid the recession, said in a report this week that 7 percent of the companies polled at the end of October had shut down for short periods in the prior 12 months. The 633 human resources professionals surveyed nationwide also indicated their companies were using other tactics to cut payrolls, with 9 percent reporting reductions in the work week, 17 percent saying some employees' hours had been reduced, and 18 percent stating employees were encouraged to take vacation time.

In the past two weeks, Chrysler LLC, , and said they are shuttering factories longer this winter as demand for cars withers. Chrysler is doubling its usual two-week hiatus from Christmas Eve to at least Jan. 19. Ford is shutting down many of its plants for three weeks instead of two weeks, through Jan. 12. And GM is closing most of its North American plants for January and some of February, on top of its annual holiday shutdown from Christmas Eve through New Year's Day. In some cases, workers will receive paid time off during the usual one- to two-week holiday period and collect unemployment for the remainder.

The holiday hiatus also is gaining momentum at several tech companies. - which has more than 1,800 employees in Massachusetts - is reviving its yearend shutdown in the United States and Canada for the first time in more than a decade to help slash annual expenses by more than $1 billion. The San Jose, Calif., router maker's employees will be required to use paid vacation days from Dec. 29 to Jan. 2, although critical teams handling technical assistance, customer product ordering, and other services will still report for work.

And is extending its holiday shutdown from one week to two. The Palo Alto, Calif., computer giant, which had about 2,500 employees in Greater Boston 18 months ago but would not say how many are left after recent layoffs, said employees who do not have enough paid vacation days to use could borrow against the time off they'll accrue next year.

A companywide holiday shutdown is a smart move, said H. Michael Boyd, professor of human resources management at Bentley University: So many employees request time off after Christmas that companies might as well please everybody - and not irritate any customers - by locking the doors.

"People realized they could maximize their vacation time if they took their vacation during the holiday season" because of the pair of paid holidays, Boyd said. "What that left most businesses with in the United States is this period around the holidays where nothing gets done."

In fact, , a Falls Church, Va., company with 672 employees in Massachusetts, usually shutters some business units during the holidays because its clients aren't around anyway. But this year it is requiring more employees to use paid vacation days.

Jane Howell, a Waltham marketing strategist for the company, plans to visit relatives in New York and New Jersey with her 12-year-old daughter, Emily, during her division's first forced holiday, from Monday to Jan. 2.

"It's something I probably wouldn't do if I didn't have to because there are so many other pressures when you're working," said Howell. "But now that it's presented, it gives you that extra breathing room to travel."

Some smaller regional companies are using mandatory vacations more as a recruiting perk than a cost-cutting measure, since they earmark paid time off for the year-end closure, separating it from employees' annual vacation allotment. But that doesn't mean workers can leave work completely behind.

"During the shutdown, we ask our people to check e-mail twice a day and to be checking their BlackBerrys, to be checking their voicemail at work," said Maura FitzGerald, founder of Boston public relations firm Version 2.0 Communications, whose 15 employees will be off from Christmas Day until Jan. 5. "It's a lot easier now to give people this period of time off because people are addicted to checking e-mail and voicemail anyway."

PublishingWorks Inc. said shooing workers away for two weeks makes life easier for owner Jeremy Townsend. The independent publisher in Exeter, N.H., is granting paid vacation time to its two salaried staffers, including Townsend, but not issuing paychecks to the six hourly workers. And it saves $1,200 more, or 6 percent of its monthly operating budget, by not heating the old ballet-shoe factory where it prints and stocks books.

"I'm a real Scrooge with the heat because I don't like to fill up the oil tank too often," Townsend said. "If it's just me here, I just put on a sweater and turn the heat down. But generally the rest of them are annoyed about being chilly."