With job seekers often fielding multiple offers, maybe it's the companies that need advice on how to attract top talent 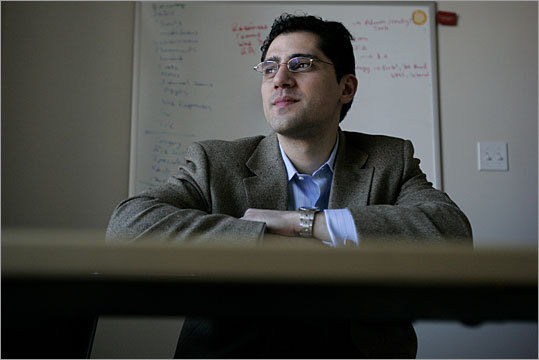 Since today's job market is employee-driven, many candidates are fielding more than one or two offers at a time, and at this point, maybe it's the employers who need the advice on how to attract the employees, instead of the other way around.

There is lots of chatter about how resumes are on their way out. There will be blogs, and videos, and LinkedIn profiles and other mechanisms to downplay the concept of a linear career and put upfront the way someone thinks and the ideas he or she has. There should be similar chatter about the near-death of the job listing. Here are ways companies can hire people without focusing on the job listing itself.

1. Tell people where they'll go next. Michael Arrington, co-editor of the popular blog TechCrunch, just lost his right-hand man. What did he do? He wrote a very public thank you for good work done - so that people know how appreciative he is. And he wrote a little side note about how everyone who has left TechCrunch has gone on to amazing jobs.

I was talking with Dylan Tweney, the editor of Wired online, and he was using a similar hiring tactic, showing people how a stint with him at Wired is a stepping stone to places like The and Wall Street Journal.

2. Use the PR team to prop up the manager. One of the most important aspects of a job is who you are working for. A good manager can help you to get where you want to go next, and a bad manager can be so undermining that the job becomes a blemish on your resume. So it's odd that companies advertise jobs instead of managers. Instead of publishing a laundry list of dream traits of a dream candidate (usually unreasonable anyway), companies should list the dream traits of the dream manager this job falls under.

3. Get some respect for recruiters. It used to be that companies owned the employee's loyalty. But today, with employees changing jobs every two or three years, they are more likely to be loyal to the recruiters who placed them than with the companies they work for. Especially when that recruiter is there to place the candidate again and again.

Art Papas knows a bit about recruiters. He is the chief executive of Bullhorn, which makes staffing and recruitment software. Bullhorn is a testament to the fact that both candidates and employers are relying increasingly on the recruiting industry for help. Bullhorn has more than 12,000 users and the company grew by 70 percent in the last year. Most recruiters are running their own business in one way or another, and Papas points out why recruiters are poised to take on an increasingly important role in the employee-driven market:

"Generally speaking, recruiters are high energy, good with people, and they are incredibly tenacious and persistent."

4. Advertise in niche communities. Joel Spolsky is chief executive of a midsized firm, Fog Creek Software, and he spends a lot of time blogging, at Joel on Software. Spolsky makes it clear he's blogging to make himself part of a community of smart, curious, high-performing engineers who become Spolsky's employee pool.

Here's another example: Lots of companies talk about the importance of catching women re-entering the workforce after they have children, but it's hard to get those women. One way is to be a part of their communities. Websites that focus on women and careers like WorkIt Mom are places where you can become a part of the social fabric of the community you want to hire from.

Bonus idea: Make it part of someone's job description in your company to truly become part of the community, and swoop in to scoop up promising women for interviews. It's so tough to get A players to interview today that people are actually charging companies for an interview at Notchup.com. But coming from a trusted friend, an invitation to interview is hard to turn down, even if you're not looking.

The Boston Globe reports that "colleges are adopting Internet technologies such as podcasts, message boards, blogs, and social networks faster than Fortune 500 companies.

The explosion of social media, higher education specialists say, is revolutionizing the college search process and the way colleges and prospective students interact."

Standout Jobs is a new site that provides easy-to-use social media recruiting tools for small companies and then aggregates them into a sort of recruiting network. This is a great on-ramp for companies with trepidations about social media.