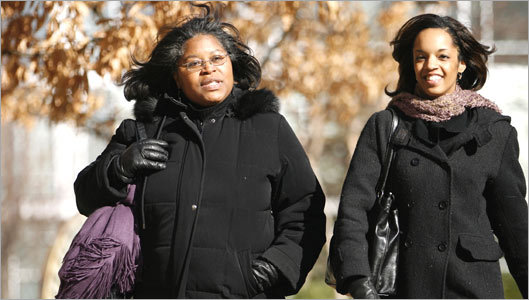 They're not exactly moonlighters, nor traditional consultants. They juggle not just jobs and projects, but multiple careers.

In an age of work re-invention, the small but growing tribe of people with "portfolio careers" is at the outer edge of career customization. They're diversifying their lives by pursuing several serious lines of work at once - a challenging yet fitting approach to the job insecurity that touches us all.

At ease with bouts of isolation? A necessity.

Happiest multitasking on a macro scale? That's a starter checklist for the would-be portfolio careerist, who also would do well to be inventive and extroverted. To many, this life would be torture. And yet as a possible recession could further darken an anxious era, we can all learn much from those who revel in constant change.

"I was excited to hear that someone coined a term for what I've been doing since I left college," says Stephanie Creary, a 31-year-old speech pathologist and professional dancer from Allston who now teaches yoga and works as a researcher at Harvard Business School and the nonprofit Conference Board in New York.

"I never intended to do just one thing. I've always had multiple jobs for multiple interests," says Creary, who earned an MBA at Simmons last year. "When you're a kid, they always tell you to be well-rounded. Why all of a sudden when you become an adult do you have to stop?"

Certainly, with US average work hours escalating for many and vacation days often collecting dust, many of us don't have much time for hobbies, recreation, or community work, much less family. About one-quarter of managers and professionals work 49 hours or more weekly, according to the government. When work is our life, life is more narrow.

A portfolio career isn't an instant ticket to balance. Creary works hard and notes that she's often teaching or toiling after-hours or on weekends - when friends in the mainstream work world can play. Still, she's getting paid for pursuing her passions - and gaining skills and experience in diverse worlds. "There's always something that I'm doing that's revenue-generating," she says.

It's difficult to track how many people work this way. For the last decade, about 5 to 6 percent of the workforce, or roughly 8 million people, have held multiple jobs, either part or full time, according to government estimates. These are the classic moonlighters, with a day job and a separate weekend or night gig, or the entrepreneurs who run a business while working a "real" job. Still, this official tally ignores many portfolio workers, since the government doesn't count the entirely self-employed as "multiple job holders."

Will portfolio work turn epidemic? Probably not, although its incidence is growing, according to recruiters, career coaches, and others who follow trends in work culture. James Weinberg, a recruiter for nonprofits, sees an uptick in those willing to work this way - and those willing to hire them.

More job candidates are asking Weinberg for part-time work, saying, " 'I'm trying to knit together a career', or 'I'd like to have multiple roles that will allow me flexibility,' " observes Weinberg, chief executive of Commongood Careers in Boston. Sometimes, executives work on a shared basis for several groups, splitting their time between jobs, he says.

So what does it take to kindle a portfolio career? Along with the flex-skills listed above, this life demands loads of focus and self-knowledge. "The hardest part is that if you have this lifestyle, you're managing the ups and downs of multiple careers," says Marci Alboher, author of "One Person/Multiple Careers: A New Model for Work-Life Success."

Being a constant insider/outsider at organizations is challenging, too. You can be a valuable player, yet you aren't climbing anybody's corporate ladder but your own. Be sure to create a long-term life plan so you make progress - however you define it. "Not everyone understands what you're trying to accomplish," says Creary.

Still, the mix can be heady for the right person at the right time. Ted Villa, a Needham father of two preschoolers, first heard of portfolio careers last fall from his career coach, Randi Bussin, and instantly liked the idea. A month later, he quit a staff position producing interactive marketing campaigns and now does contract work in that field, while starting up a business creating interactive, kiosk-type displays for museums.

"There are sacrifices and yes there are insecurities, but at the same time, I feel more in control of my life when it's me making these decisions about what to work on and what not to work on," says Villa.

Maggie Jackson, author of What's Happening to Home: Balancing Work, Life and Refuge in the Information Age, can be reached at maggie.jackson@att.net.