How dangerous is your job?

In August 2008, the Bureau of Labor Statistics (BLS) released its annual report on fatalities in the workplace. According to the preliminary report, there were 5,488 fatal work injuries last year, a 6 percent decrease from 2006, and the lowest number since the BLS started collecting the data in 1992. The final figures will be released in April 2009.

See what jobs topped the list as the most dangerous in the country.

(All information according to the Bureau of Labor Statistics (BLS) unless otherwise noted.) 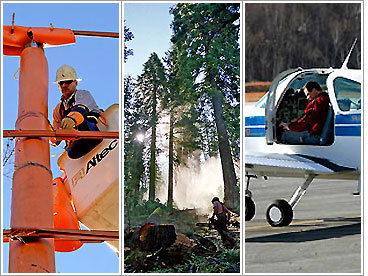