Scott Brown’s votes in the US Senate

Brown has voted 116 times, often on incremental or procedural matters, since he took office.
Prev Next

VOTING PATTERNS OVER THE FIRST 3 MONTHS: 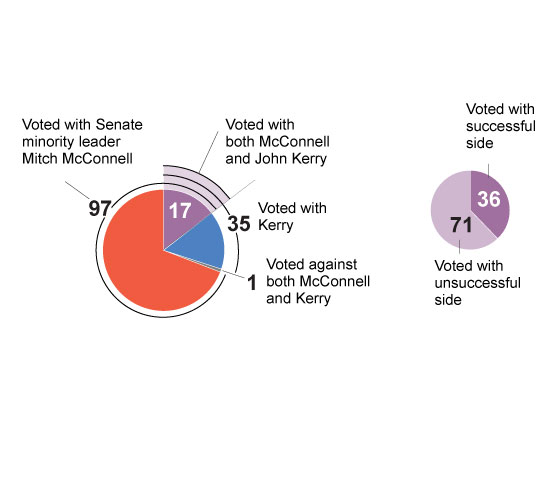 Voted not to stop debate and hold a vote on the confirmation of Craig Becker to the National Labor Relations Board, which required 60 votes to pass. 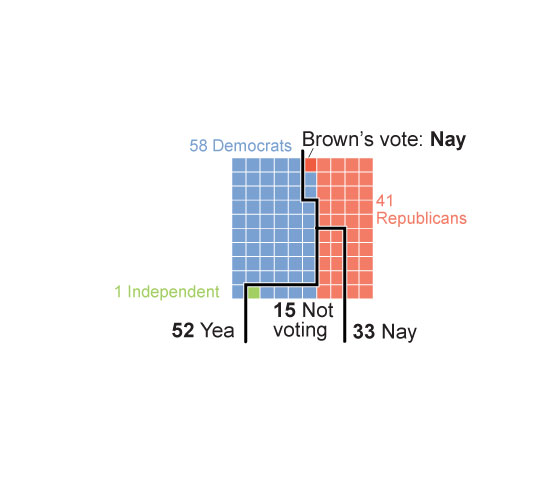 Voted to stop debate on a jobs bill, triggering criticism from conservatives. 60 votes required to pass. 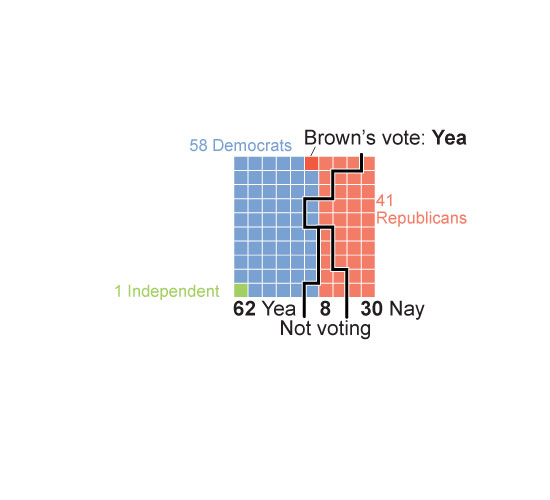 Voted against passage of the final version of health care overhaul. 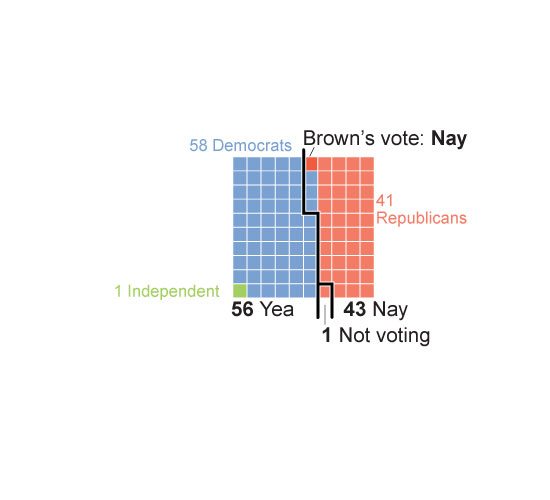 Voted for an amendment which would have used unspent federal stimulus money to cut payroll taxes for 6 months. This is the only legislation filed so far by Brown. 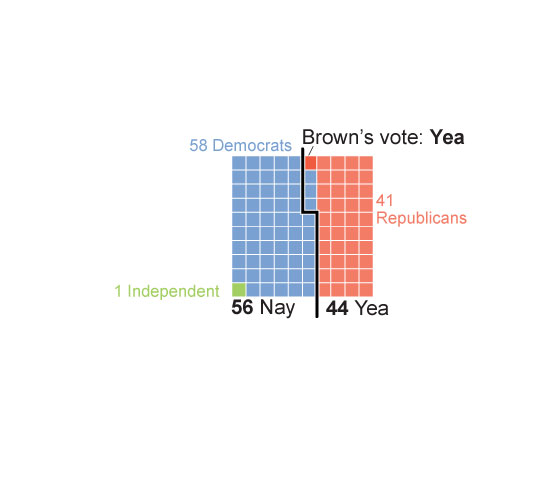 Voted to stop debate and hold a vote to approve an extension of unemployment benefits. 60 votes required to pass. Brown later voted against passage of the actual bill. 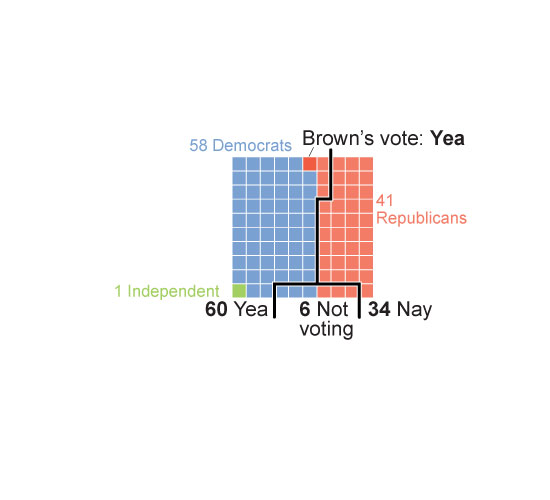