Plus: Rusting Toyota frame not covered by warranty 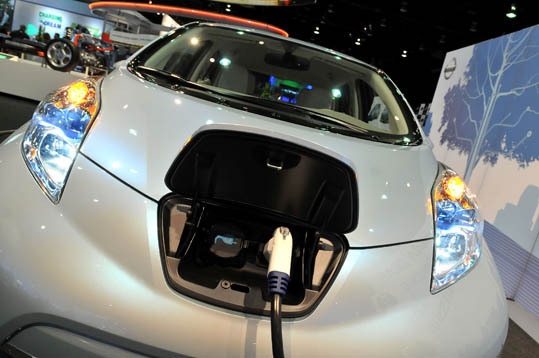 Q. I am very interested in the new crop of electric cars that are coming out in the next year. I have read in magazines about the Mitsubishi, Smart, Mini and Leaf. I think my commute is about right; I only drive about 20 miles per day. Have you driven any of these and what are your thoughts?

A. I have driven several, although briefly. The Smart and Mitsubishi, in my opinion, are better suited as city cars. The acceleration especially up steep hills left something to be desired. The Nissan Leaf is very well sorted out, performed extremely well, and comfortably accommodated four adults. Unlike some other cars the batteries are mounted under the vehicle so you have a useful trunk. The Leaf looks like a winner.

Q. I read your column in the Boston Globe every Sunday and hoped you could help me.  My 2006 Honda Ridgeline is getting close to a timing belt replacement and I have been advised that the replacement recommendation has been changed to 125,000 miles. This comes from someone who specializes in Hondas but not a factory mechanic. I have not been able to confirm this. The truck has 101,000 miles on it now. I thought you may have a source that may be able to confirm or deny this.

A. I use both Alldata and Mitchell on Demand for technical information. In theory both of these websites are updated with the latest information on a regular basis. In both cases they still list the timing belt replacement at 105,000 miles or at 60,000 miles if the vehicle is driven regularly in very hot or cold weather. Still other sites show replacement during maintenance service reminder/schedule four. If this were my Honda and considering it is an interference engine which can result in expensive repairs if the timing belt breaks, I would replace the belt around 105,000 miles.

Q. I own a 1994 Volvo 850 with 164,000 miles and recently experienced a problem with the car sputtering and shutting off whenever I stopped and tried to move. I took it to a mechanic and their first diagnosis was the battery, which they replaced. On the test drive they found the catalytic converter was glowing red and the oxygen sensor bad. That was also replaced and when I picked up the car the initial problem was still there. On return they told me my car needed a tune up. Once that was done the car seemed to be running better, but there seems to be still a lingering hesitation when accelerating. What else can I do to get it running properly?

A. Finding the cause of a hesitation can be a challenge when dealing with a 16-year-old car. Some items I would look at are the crankshaft sensor, throttle position sensor, and fuel pump pressure and volume. If the car dies out I would look at the fuel pump relay as a possible cause. At the same time don’t overlook the basics. Even though the car was tuned up it is entirely possible that one of the new components could be defective.

Q. I just recently took possession of my in-law's 1996 Toyota T100 pickup truck. When I recently had a leaking brake line repaired, my mechanic informed me of the extensive rust on the frame. He mentioned Toyota had done recalls about this problem on their Tacoma model but didn't know about this T100. The engine has just 72,000 miles on it and runs terrific. Any information/suggestion you can give would be appreciated.

A. You are correct. Later Toyota trucks did have frame rust problems that were extensive enough that Toyota either replaced the frame or re-purchased the truck. Unfortunately the T100 truck didn’t fall into this category. At this point I would contact a welding shop and see if they have some suggestions on how to keep the frame structurally sound.