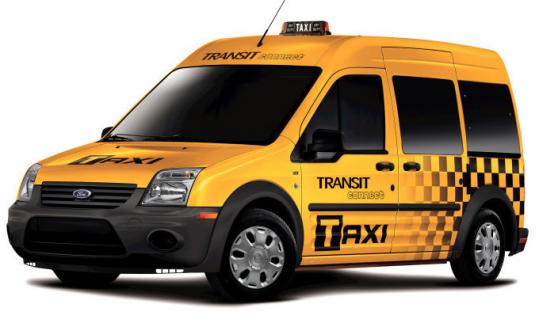 By Clifford Atiyeh Globe Correspondent / May 1, 2010

Your next cab ride may get a lot roomier — and look a bit more funky.

Ford’s Transit Connect, a high-top, streamlined cargo van from the automaker’s European division, was approved yesterday for taxi use by the Boston Police Department. Boston is the first city in the country to OK the van for taxi use

The van made its US debut last August. sold 4,335 of the vehicles in the first three months of this year, largely to delivery companies and small-business owners looking for more maneuverable, fuel-efficient work vans.

The automaker said it will build enough taxi models for “whatever the market demands,’’ although the popular vans are selling quickly.

While the Ford Escape Hybrid SUV has become popular for taxi use in cities like New York, the number of Escapes pales in comparison to the ubiquitous Crown Victoria, a model that will be discontinued next year.

Boston has 1,825 licensed taxis, according to Mark Cohen, director of the Hackney Carriage Unit of the Boston police, and most are retired patrol cars with extremely high mileage. In January 2009, Boston police banned the purchase of used vehicles for taxi use.

Although cab companies are now required to buy new models, a city mandate to replace all taxis with hybrids was overturned last year after taxi owners cited excessive costs.

While the number of late-model cabs on Boston’s streets remains low, the Transit Connect’s ample headroom, rear air-conditioning vents, and four-cylinder engine may prove popular with taxi companies looking to stand out — and save fuel.

“It’s as close as it gets to a purpose-built vehicle,’’ said Cohen.

Ford estimates the Transit Connect will improve fuel economy by 30 percent over cabs with V-8 engines.

An electric version promising a range of 80 miles per charge will debut this summer.