GM betting on its Cadillac crossover 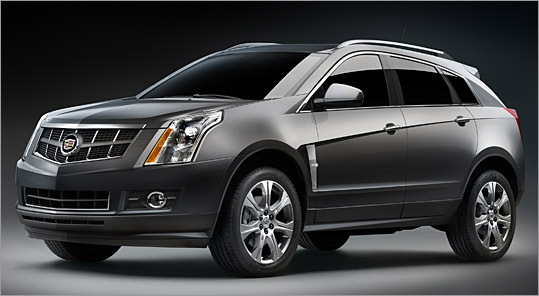 DETROIT - is counting on the 2010 Cadillac SRX crossover vehicle to lure luxury car buyers with new design and performance features.

The redesigned vehicle was unveiled yesterday and is set to go on display at the 2009 North American International Auto Show in Detroit this month. It replaces the SRX model first launched in 2004.

To help compete with better-selling rivals like the Lexus RX, Acura MDX, and the BMW X3 and X5, the SRX's designers took elements from other Cadillac models and melded them into this one. The new SRX looks faster than its boxy predecessor, with a curving roofline and a more rounded nose.

"For GM, it's our most aggressive brand," said Clay Dean, global director for Cadillac design. "We want to appeal to people that set the trends."

Cadillac has a strong following among luxury car buyers, and the brand remains an important one for GM. But Cadillac sales fell 24 percent in the first 11 months of 2008, about on par with US light truck and SUV sales overall. The automaker sold nearly 148,000 Cadillacs in January through November, including about 14,800 SRXs. Lexus division sold five times as many RXs.

The 2010 SRX is expected to be in showrooms in mid-2009. Pricing hasn't been announced.