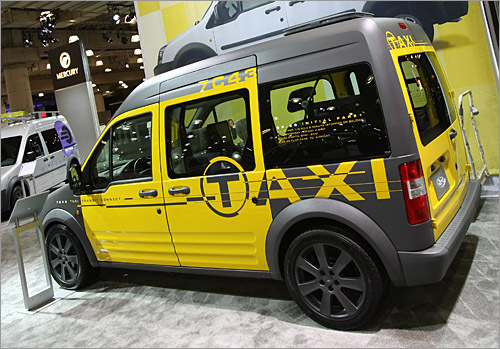 There's certainly enough headroom in this taxi, based on Ford's European commercial Transit vans. Unlike London's tall and ancient-looking cabs, this Ford can't seat more than three riders despite its large greenhouse.

Ford claims the 19 miles per gallon rating in the city is a 30 percent improvement over "traditional" taxis, but compared to the Clydesdale-like Crown Victorias stomping around, that's not saying much.