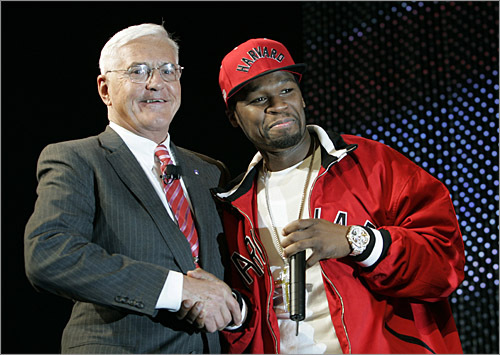 Only in New York could the duo of a multi-platinum rapper and a big-time General Motors executive not cause anyone to blink. Since 50 Cent lost the album sales battle with Kanye West, perhaps he could learn a thing or two from Bob Lutz, who's not afraid to brandish his company's big guns - cars with huge power and the styling to match.

New York, among the last on the world's auto show circuit, still pulls out a hefty number of debuts and North American premieres. You've probably got 21 questions on your mind now, so come step inside the Jacob Javits center, at least for just a little bit.