A salute to the dead US car brands

No one’s laughing at the plight of another dying American car brand, except maybe in Korea. Just 20 years ago, Hyundai and Kia made the best punch lines in the automobile business. They were the modern-day Yugos that surely would be added to the century-long list of failed automakers.

Instead, Mercury – the sixth American nameplate in nine years – has joined that rank, General Motors is half-owned by the Treasury, Chrysler is tangled with the Italians, and the “Big Three” aren’t that big – or profitable – anymore. The Korean automakers, now carrying trunk loads of quality awards, are poised to become part of the top five largest automakers in the world. Automotive CEOs chuckling at the nascent Chinese auto industry should stop and get busy.

All of the marques on our list here, save for Hummer, were victims of badge swapping, an accounting tactic that stretched bottom lines by building several versions of the same car. A Buick was a Chevy, a Mercury was a Ford, and so on, and so on. It worked for decades, but now it’s a proven poison no automaker that wants to survive the next century will try. 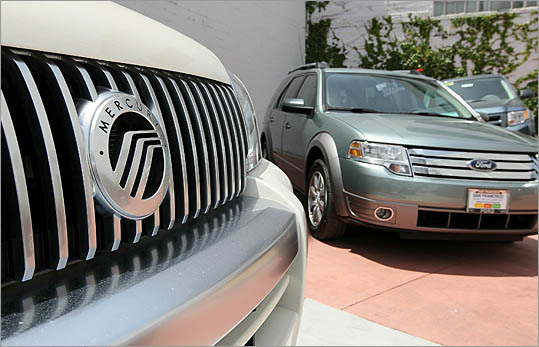