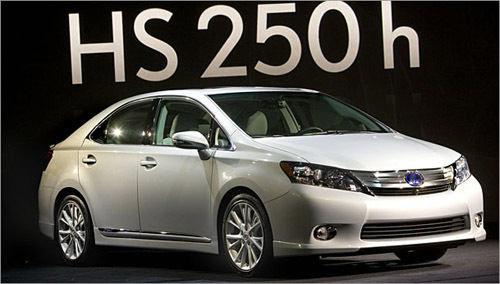 Styling, however, is typical Lexus, a hybrid of attractive lines and copycat curves that immediately bring the new Fusion to mind. At least there's a slick 0.27 Cd drag coefficient.

EPA estimates and pricing haven't been released, but Lexus says the HS 250h will return 30 percent better mileage than its most efficient model, the combined 24-mile-per-gallon IS 250. Expect the first models to arrive late in the summer.