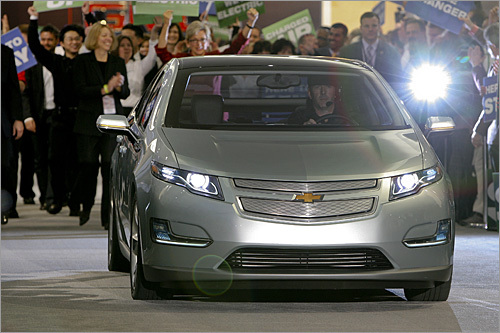 Cue another unveiling of the Chevrolet Volt.

This time, General Motors CEO Rick Wagoner announced the car's coveted battery contract would go to LG Chem, the Korean company responsible for all those high-definition TVs and clothes dryers in Best Buy.

Outsourcing critics were upset that A123 Systems of Watertown had been rejected, but at least GM will create manufacturing jobs when it opens the battery plant in Michigan this year. Meanwhile, Toyota claims to be introducing 500 plug-in hybrids later this year, so GM had better stay on schedule.