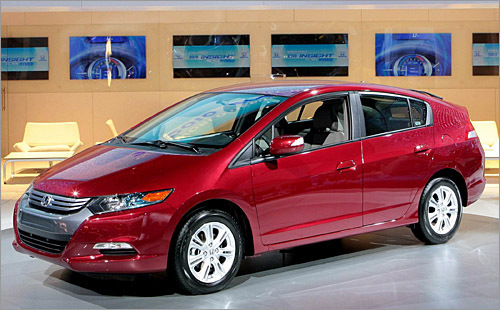 Except for smaller wheels, the production Insight looks identical to last year's concept, which means drivers will be doing double-takes to distinguish this Honda from a Prius.

With only 98 combined horsepower, performance will likely be very anemic, and the 40/43 EPA rating is down from the 48/45 of the current Prius (and lower still than whatever rating the 2010 Prius gets).

However, the Insight is a solid alternative and will be cheaper than the $23,650 Civic Hybrid. Direct competition, at last.