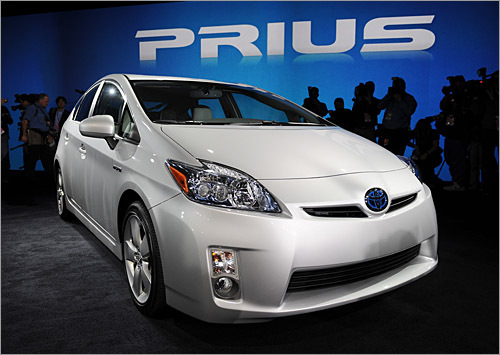 After more than 1 million global sales - with nearly 700,000 in America alone - the Prius is the lightweight champion fighter of the past decade, and will likely remain a benchmark for years to come.

Toyota hasn't done much to upset its devoted (zealous?) following. The body dimensions are almost identical, save for a sleeker windscreen that adds a few cubic feet of interior space. Thankfully, a larger 1.8 liter engine promises more performance, and there's even a "sport" mode on the more upscale dashboard.

Price and final EPA estimates aren't out yet, but Toyota claims 50 miles per gallon combined, an increase of four from the current model. It's still great, but the Prius now faces genuine competition for the next decade.