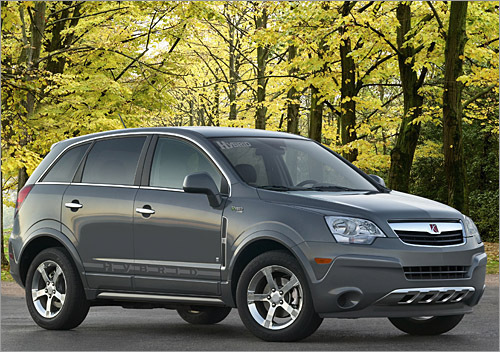 Saturn has dropped its mysterious "Green Line" name in favor of the industry-standard "hybrid" noun, which makes the Vue 2-Mode Hybrid sound like a DeWalt power tool.

The tried-and-tested powertrain that first debuted in the Chevrolet Tahoe Hybrid will give "V-6 power and towing capability" while returning favorable EPA numbers. The 2-Mode, which is delayed until the spring, will slot above the regular Vue Hybrid's $28,855 price and 25/32 mileage.

Which begs the question - why have two different hybrid trims of the same car, especially when one is inferior?