Unique and strange robots from Japan

A pair of baseball-playing robots that can pitch and hit with incredible results have been developed by University of Tokyo professor Masatoshi Ishikawa, according to the Associated Press.

Here, a pitching robot grips a ball made of polystyrene during a lab demonstration. The robots don't resemble humans but instead the type of robots on a car assembly line. 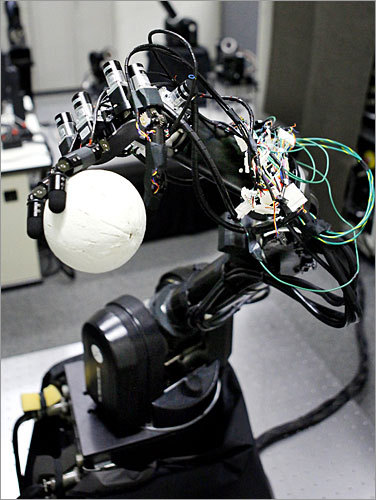