A look back at Digital Equipment Corp. 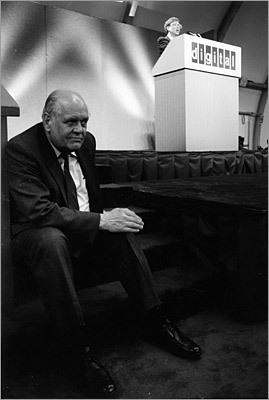 Ken Olsen, founder or Digital Equipment Corp., the Massachusetts-based company that in the late-1980s was the world's second-largest in the computer industry, died earlier this year at the age of 84. The man and the company he founded left behind a tech-based legacy that transformed the area around it and the world at large, including the development of minicomputers less inexpensive than their hulking counterparts during the early days of computers.

Pictured: Microsoft's Bill Gates speaks at a podium, with Ken Olsen in the foreground, at DECWorld in 1992.