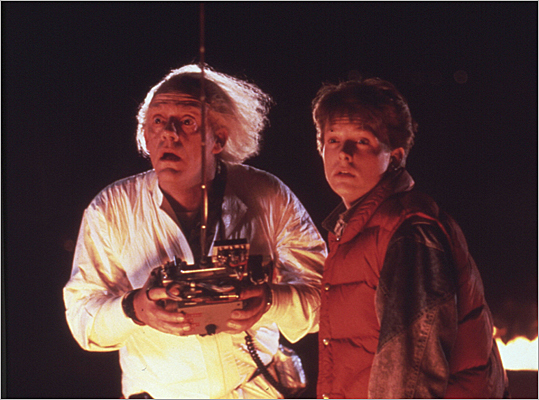 See who showed up at the video game convention in Boston.

Chinese television watchers may not be able to witness the glory of time travel as seen in movies such as "Back to the Future," shown here. The New York Times recently reported that the State Administration for Radio, Film & Television has issued new guidelines as to how TV dramas treat the prospect of time travel, all but outright banning it, citing the lack of meaning and the promotion of certain belief systems as a problem.

Such shows are insulting because they are "treating the serious history in a frivolous way, which should by no means be encouraged anymore," according to a Time magazine article. Click through to read about other censorship controversies in China.