How GPS can still work (sort of) in a tunnel 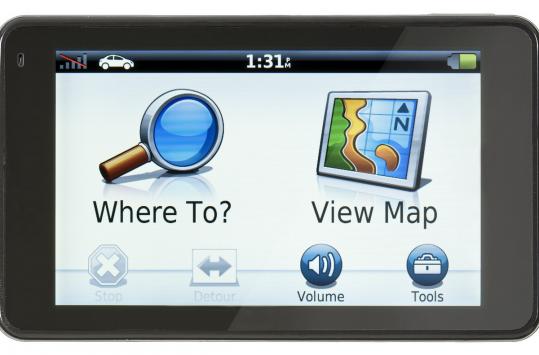 We have a backlog of questions (sorry to all who are waiting), so let’s remedy that and respond to a few today.

GPS sleight of hand Reader Eric Wilker of Newton figured his car’s GPS would never work underground in Big Dig tunnels because it relies on a satellite feed. But during a recent trip to Logan Airport, his hand-held Garmin GPS worked the entire way, even while he was traversing the Mass. Pike connector tunnel.

“I tried Googling to find out more about how this worked but didn’t find a good answer. Some techno-babble was all I could find,’’ he e-mailed. “Hoping you could shed some light.’’

Wilker’s question got me wondering about cellphone and radio reception in tunnels, too. But we’ll start with GPS, short for global positioning system.

Technically speaking - sorry, but with this topic, that’s unavoidable - your car’s GPS does not work in tunnels, said Jake Jacobson, social media manager for Garmin International.

“Your GPS does have to have a clear shot of the sky. Without having that, the conversation is disrupted,’’ he said.

Nor are Big Dig tunnels outfitted with GPS equipment to beam satellite feeds to your car, said Adam Hurtubise, spokesman for MassDOT.

So why did Wilker’s GPS keep working? The answer is his car’s unit was simply displaying an educated guess about his route while he was in the tunnel, based upon his speed and location at the moment it lost the satellite. Such calculations are generically known as “dead reckoning’’ and are commonly employed throughout the GPS industry.

Garmin uses its own proprietary algorithm to keep its GPS systems running underground, Jacobson said, but in principle it’s the same as dead reckoning.

“It just does a little bit of math in its head and is able to calculate where you’ll be during the loss of the signal,’’ he said. “It assumes you’re going in the same speed and direction toward your destination. But if you were, for some weird action-movie reason, to do a U-turn and come out in the same direction, it would have to recalculate your route.’’

With modern GPS systems, satellite feeds are almost instantaneously restored once you are out of the tunnel, so such recalculations would take just a few seconds, he said.

Any onboard system that relies on satellite signals, from OnStar to SiriusXM Satellite Radio, also will cut out while you are in a tunnel, Hurtubise said. But again, some systems, such as OnStar, have sophisticated backup measures.

“We read up to 1,600 sensors in the car, and with that have more data to pull from when determining the vehicle location,’’ said Vijay Iyer, an OnStar spokesman.

You’ve probably noticed that your radio works inside Boston tunnels, but that’s not because radio signals are stronger than satellite signals. MassDOT “rebroadcasts’’ a number of AM and FM stations within tunnels, officials said.

As for phones, AT&T, Sprint, T-Mobile, and Verizon have had cellphone equipment in the Sumner and Callahan tunnels since 1993 and the Ted Williams Tunnel since 1996, paying the state about $600,000 a year in user fees. (The equipment includes fiber-optic cables and antennas on the roofs of vent buildings.)

Valet OK? If a reckless valet damages your car, will your insurance pay for the damage even though you weren’t driving?

The question, which came up at a recent family gathering, merited a call to Donna McKenna, vice president of communications for the Massachusetts Association of Insurance Agents. She told me three things.

First, your insurance will cover damages to your car when driven by a valet, minus deductibles. Your insurer will seek restitution from the valet company as if it were the at-fault party in an accident.

The valet company is responsible for any property damage its drivers cause, and drivers’ medical bills if they’re hurt in an accident. So there’s nothing to worry about there, either.

“There is a vehicle that you should never have valet-parked - and that is a rented auto,’’ she wrote me. “When you rent an auto, you must list [and pay for] all drivers. Unless the valet parking attendant is listed on the rental agreement - which he obviously is not - it is considered an unauthorized use of the vehicle, which violates the rental contract and voids coverage under the renter’s personal auto policy.’’

Thin blue line plates Got this e-mail the other day:

“I have noticed some vehicles with a front plate with only a blue horizontal line. Are these legal? I have been told that these are used to identify police friends.’’

At one time such plates were held only by law officials or their families to signify camaraderie within the ranks, but now anyone can buy them, an employee of epolicesupply.com, a Quincy-based online police supply store, told me.

“To be honest, it’s sort of lost its meaning,’’ said the employee, who asked that his name not be published. “Right now there are so many fakes out there. You can look on eBay and see a million of them. . . . Word got out there that if you have one of these you don’t get tickets. Now, you can just tell that half the people who have them have nothing to do with law enforcement.’’