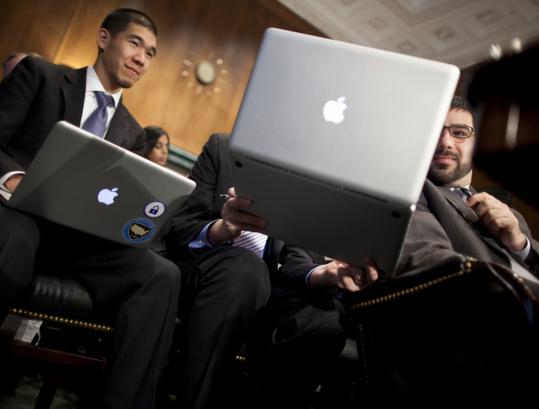 Alan Davidson, Google Inc.’s director of public policy, said the company does not collect any location information unless a user specifically agrees to share it. Google allows users to turn off location sharing even after initially allowing it. Google, too, requires apps to get user permission to collect location data.

The hearing, held by the Senate Judiciary Subcommittee on Privacy, Technology and the Law, follows Apple’s recent acknowledgement that its popular iPhone stores data for as long as a year that are used to help the device locate itself.

Apple also said that a software bug has caused iPhones to continue to send anonymous location data to the company’s servers, even when location services on the device were turned off.

Faced with an uproar among privacy watchdogs and lawmakers after two researchers revealed the iPhone location tracking practices, Apple has said that it will no longer store the data on phones for more than seven days, will encrypt the data, and will stop backing up the files to users’ computers.

It also has fixed the bug with a free software update.

Google, too, recently acknowledged that phones running its Android software store some GPS location data for a short time.

Yesterday’s hearing came at a time when location-based mobile services — from turn-by-turn driving directions to friend-finder applications to local business listings — are exploding in popularity.

Senator Al Franken, the Minnesota Democrat who chairs the Senate Judiciary Subcommittee on Privacy, Technology and the Law, said that while location-based services offer consumers enormous benefits, they also raise serious concerns, because location data can be very sensitive and very dangerous if the information falls into the wrong hands.

He noted that the Minnesota Coalition for Battered Women has warned that location-tracking technology can be misused by stalkers and abusive spouses.

“This is a problem . . . and I think that’s something the American people should be aware of,’’ Franken said. He added: “I just want to be clear that the answer to this problem is not ending location-based services. No one up here wants to stop Apple or Google from producing their products.’’

Franken challenged the executives from both companies to require apps developers to adopt formal privacy policies.

Tribble said Apple believes that privacy policies alone are not enough. He explained that privacy needs to be baked into products — for instance, in the form of clear, on-screen disclosures that notify users how their personal data are collected — and tools to control that data collection.

Davidson said he would bring the suggestion to Google’s top executives.