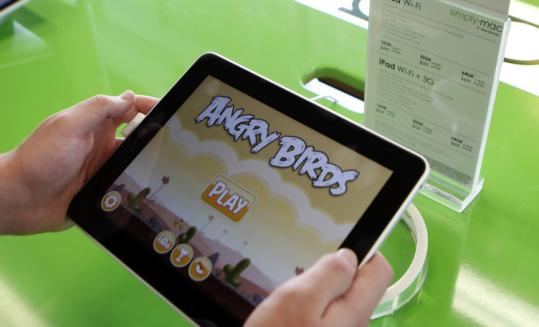 Apple is working on launching a mobile payment system for that would be used with the iPad and iPhone. (George Frey/Bloomberg News)
Bloomberg News / January 26, 2011

The services are based on “Near-Field Communication,’’ a technology that can beam and receive information at a distance of up to 4 inches, due to be embedded in the next iteration of the iPhone for AT&T Inc. and the iPad 2, Doherty said. Both products are likely to be introduced this year, he said, citing engineers who are working on hardware for the Apple project.

Today, the company pays credit card processing fees on every purchase from iTunes. By encouraging consumers to use cheaper methods Apple could cut its own costs and those of retailers selling Apple products.

“NFC is definitely one of the technologies that’s getting a lot of attention, but ultimately the consumer is going to choose,’’ said a spokeswoman for PayPal.