Tech hiring is on upswing, but not where you’d expect 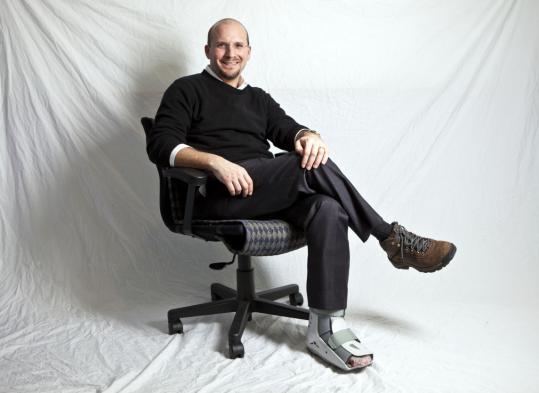 Charles Rutstein is chief operating officer at the Cambridge technology consulting firm Forrester Research Inc., which last year expanded its workforce to 1,100 employees from 900, while being voted one of the Globe’s Top Places to Work. Rutstein, who recently broke his leg in a climbing accident on Mount Monadnock in New Hampshire, spoke with Globe reporter D.C. Denison about the kinds of workers and skills Forrester and other firms are seeking.

Forrester has been doing a lot of hiring. What does that tell you about where the jobs are?

Our hiring was up 15 to 20 percent in 2010. For 2011, we’re expecting another 15 to 20 percent of growth. What that tells me is that companies are interested in hiring when it can accelerate their business and increase productivity. That may be why the tech economy is growing about twice as fast as the economy overall.

So companies will increase tech hiring if they think it will boost overall productivity?

That’s the thesis: From these investments in technology come outsized productivity gains. What’s changing today is that when we used to see growth in the tech economy, we’d say, “That’s the guys in the information technology department,’’ or the guys at Microsoft or IBM. But today, the growth is not necessarily in those places. One reason is that there is so much self-provisioned technology.

What do you mean by self-provisioned?

When I walk into my office with an iPad or an iPhone, it’s mine. I own it. I’ve self-provisioned it. And, by and large, it doesn’t require that I contact my company’s chief information officer to use it. These devices all represent technology spending, and they improve my productivity, but they don’t necessarily represent more money for the IT shop.

How does that change hiring patterns?

It means that the jobs are not necessarily in the IT department. It’s not the traditional, “We’re going to hire 50 more programmers this year.’’ In many cases it’s probably the companies that are supplying this [personal] technology that are doing the most hiring these days. It means that there’s a new role for people who can work within a business and who understand technology better than the average bear. Those people can act almost like a shadow IT person and help push a lot of innovation.

So a lot of the tech jobs will be outside tech departments?

Yes, because a lot of the dynamism and change is happening outside of the tech department. One of our analysts has written about a guy at Black & Decker who started creating videos of new tools for the sales force. He shot them on his own little Flip camera, in order to get the sales team fired up about the tools. And the IT shop was never involved. This is the kind of tech that people are grabbing and doing interesting things with.

Are there any programming languages or technologies that you think will be hot?

We’re seeing a big shift into what we call the “App Internet.’’ Most of the innovations written today are being written for devices like the iPod, or the Android, or the iPhone. If I were going to concentrate on a technology, that’s what I would do: learn the development skills for those kinds of platforms. Custom development is also a promising area.

Custom software is what customers notice. Think of the first package tracker from UPS — that was custom software that customers loved. Or some of the new features you see from Amazon or Apple: those make a difference, and they are valuable to customers. So that’s a good skill to have.

Are there many tech sectors with a lot of growth, but not a lot of jobs?