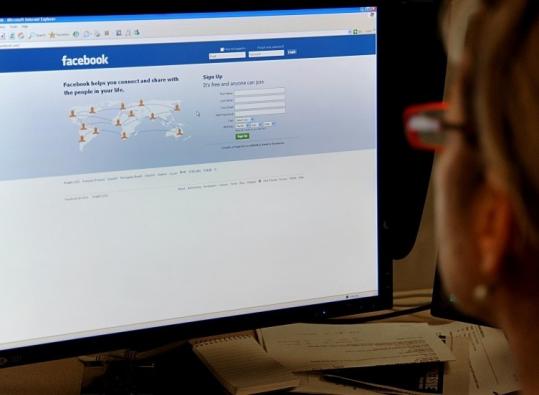 NEW YORK — Facebook Inc. surpassed Google Inc. as the most visited website in the United States this year, spotlighting the rapid ascendance of social networking over search engines and Internet portals.

Facebook received 8.9 percent of all US Web visits between January and November 2010, according to New York-based Internet tracker Experian Hitwise.

Facebook has more than 500 million users and commands a valuation of more than $40 billion on exchanges for privately held companies.

The site’s leadership in social networking has attracted advertisers such as Coca-Cola Co. and JPMorgan Chase & Co., letting Facebook reach sales of about $2 billion this year, according to people familiar with the matter.

“Facebook could be a bigger IPO than Google,’’ said Tom Taulli, an independent researcher on initial public offerings. “If I’m Google, I’m concerned.’’

Facebook, of Palo Alto, Calif., first topped Google on a week-to-week basis in March and has maintained its lead throughout the year.

Even though Mountain View, Calif.-based Google serves 1 billion users each week, it “doesn’t have a cohesive social network where users communicate with each other,’’ Taulli said.

Apple and Microsoft are just two of many business rivals.
Your comment is subject to the rules of our Posting Policy
This comment may appear on your public profile. Public Profile FAQ