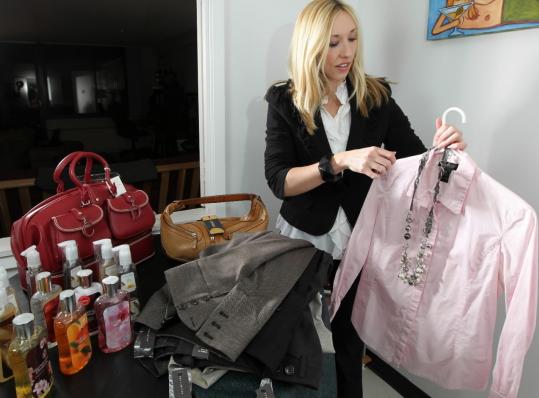 “I think a neuroscientist created sites like Groupon,’’ said Markush, of Cambridge. “They found yet another entry into our weakened limbic system.’’

The holiday season is gearing up, but buyer’s remorse is already setting in for some consumers. The culprit: limited-time online promotions known as flash sales. Scores of mainstream merchants and websites are aggressively marketing these sales that typically last only a few hours.

Shoppers usually sign up to receive e-mails for the exclusive deals that flood their in-boxes. Neiman Marcus, in advertising its two-hour “Midday Dash,’’ beseeches: “You are invited to shop limited quantities of select dresses at 50% off!’’ Banana Republic’s three-hour lunch break featured 30 percent off “Today Only!’’

Nearly 200 businesses — and numerous retailers — have offered roughly 10,000 daily deals since November, according to 8coupons, a company that tracks these sites. On the day after Thanksgiving alone, traffic in the flash sale category was up 136 percent over last year. The success of these sites has attracted online behemoth Google, which reportedly offered $6 billion for Groupon and was turned down.

While some shoppers are looking to these flash sales for gifts this season, many end up snagging booty for themselves. The number of US shoppers indulging in impulse gifts for themselves or others is on the rise this season, according to Britt Beemer, president of America’s Research Group. Nearly 46 percent of consumers surveyed had made an impulse purchase this season, up from 40 percent during the same period last year.

Madison Riley, a retail analyst with Kurt Salmon Associates, said flash sales tap into consumers’ psyches in several key ways: the joy of treasure hunting, the desire for impulse shopping, the love of the deal, and the fear of missing out. Several sites focus on high-end brands that rarely offer deep discounts, such as the restaurant L’Espalier and jeweler Shreve, Crump & Low.

Some consumers lured by these high-pressure pitches — and the ease of one-click shopping — have found themselves with a number of regrettable purchases that often cannot be returned. But even shoppers who have felt the sting of buyer’s remorse keep coming back.

“The immediacy of the sale can also be an elixir,’’ Riley said. “There can be a hangover after the joy of the purchase, but the hangover will not stop the buyer from going down this path again once they ‘sober up.’ When the flash sale occurs, these behaviors repeat themselves.’’

McSorley, of Boston, knows the feeling well. She receives at least three e-mails daily featuring limited-time specials — most arrive by noon — and she finds it impossible to avoid clicking and checking out the sales. The exhilaration of discovering a deal is quickly replaced by the rush to buy. Both Rue La La and Groupon display clocks on their sites that tick down the seconds until the sales are over. A few times, McSorley said she “overbought’’ simply to hit the minimum purchase needed to get free shipping. For example, she said she ended up spending $30 more on her Bath & Body Works purchase to skip the roughly $20 shipping fee. Total bill: $80.

“I get excited that it’s just today. They have these time pressures to make you buy,’’ McSorley said. “I feel like if I don’t act now this awesome sale will be over.’’

A large cardboard castle that takes up a ton of space in Anna Montmayeur’s apartment is among her impulse buy regrets from Zulily, a flash sale site that offers daily discounts of up to 70 percent off merchandise for babies and children.

Alas, her young son ignores the gift. And there’s no second guessing at Zulily and many other deal sites. Most sales are final.

Others, such as Groupon and Buy With Me, market limited-time offers that take effect only if a certain number of people purchase the promotion.

“I definitely made some regrettable purchases on impulse, thinking an item would sell out,’’ Montmayeur said. “I also have purchased a lot of vouchers on Buy With Me and Groupon for things that I would have never bought otherwise or even known about.’’

Montmayeur recently returned annoyed from a trip to the Gap, where she tried to use her Groupon deal (paid $25 for a $50 voucher) before it expired, and wound up buying clothes she didn’t need.

“Even with the 50 percent voucher savings, I still ended up paying an extra $25,’’ Montmayeur said.

Representatives for some deal sites concede that the buy-now mentality can result in consumer compunction.

“The holiday shopping frenzy can certainly lead to some rushed decisions — whether you’re in the stores or online,’’ said David Manela, a spokesman for Ideeli, a flash sale website. “For that reason, we introduced a number of features to reduce the likelihood of ‘buyer’s regret,’ including all-day shipping, a broadened selection of items eligible for return, and extended return windows.’’

Groupon recently launched “Grouponicus’’ (Grouponicus = Groupon + Hanukkah + Christmas), a holiday gift store in Boston that offers shoppers 50 to 90 percent off local gifts. Unlike standard Groupon deals that last for 24 hours, these specials are available for three to five days.

In the meantime, some consumers, including Markush, have tried to cut back on buyer’s remorse by unsubscribing to these flash sale sites. Taylor, of Edgartown, said she’s learned to stick to some basic rules after a few too many impulse buys gone awry.

“I ask myself if I would pay full price. If the answer is yes, then I buy. And I don’t experiment. I only buy if I’m already familiar with the brand,’’ Taylor said. “You definitely have to be careful. It’s tricky out there.’’

Retailers offer discounts on last holiday shopping weekend.
Your comment is subject to the rules of our Posting Policy
This comment may appear on your public profile. Public Profile FAQ