US tries to resolve BlackBerry bans 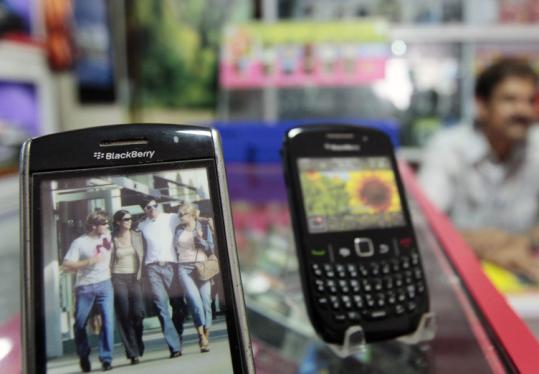 WASHINGTON — The United States waded into the growing international dispute over the banning of BlackBerry services yesterday, saying it is seeking to broker compromises between the company that makes the popular devices and foreign governments that say they pose a security risk.

Worried that the ban will hurt the work of American diplomats and business people overseas, the State Department said it had been in touch with manufacturer, Research in Motion Ltd.

Several nations, including the United Arab Emirates, India, Saudi Arabia, and Indonesia, have announced or are considering bans on BlackBerry features.

US officials said they were hoping to broker a compromise between the legitimate security concerns of some governments and ensure that the free flow of information is not compromised.

“We are taking time to consult and analyze the full range of interests and issues at stake because we know that there is a legitimate security concern, but there’s also a legitimate right of free use and access,’’ Secretary of State Hillary Rodham Clinton said. A growing number of governments have cited security concerns in pushing for greater access to encrypted information sent using the phones.