Why Apple is still generating buzz 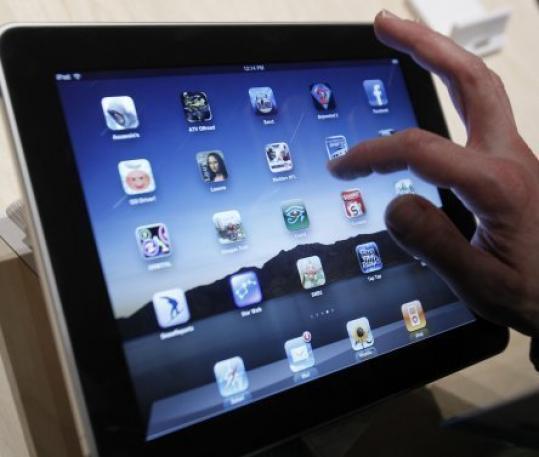 “We were making keyboards and monitors out of black plastic, but it wasn’t the right shade of black,’’ Poor recalls. “So we painted the black plastic with black paint. It didn’t matter that it added an extra step to the manufacturing. It gave the computer a look that nothing else had.’’

With the long-anticipated release yesterday of Apple Inc.’s iPad tablet computer, and reports that the company’s popular iPhone may soon be available through carriers other than AT&T, it feels as if Apple is once again at the center of the technology universe.

Few companies generate so much ink around new products, or anticipation of what’s coming next. It seemed like a good time to ask designers, entrepreneurs, and executives around Boston — some former Apple competitors, some ex-employees, and some just admirers — what makes the Silicon Valley company so special, and what they’ve learned from Apple and its famous chief executive.

Perhaps what allows Apple to develop products that don’t look or work like anything else — remember the scroll wheel on the very first iPod, or the novelty of flicking through your contacts on the iPhone? — is that the company doesn’t rely on focus groups or market research to guide product development. “Steve’s consumer panel consists of him, and some of his executive team,’’ says James Glanville of Newton, a longtime Apple executive who left the company last year. “He may not always be right, but one of his gifts is a really good vision of what can be.’’

Poor, the founder of Boston-based Ember Corp., worked for Jobs at Next Inc., a company that developed a sophisticated computer workstation in the mid-1980s. (While the cube-shaped computers developed by Next didn’t take off, the operating system became the foundation of the current Mac OS.) “I think Jobs understands better than anyone else that most people in the world are not techies,’’ says Poor. “That’s really important, and it lets him create products that people really connect with, because they were designed with actual humans in mind.’’

Making hardware and software easy to use is an obsession for Jobs, Poor says. “He’d barge into an engineer’s office and say, ‘No one will understand this. You need to fix it.’ He did that over and over again.’’

“Steve is ruthless about elegance and design, and I admire him for that ruthlessness,’’ says Carl Yankowski, a Dover executive who at various times in his career has competed with Apple as CEO of Palm Inc. and president of Sony Electronics Inc. Yankowski also praises Apple’s skill at “working with suppliers to get them to do things that the suppliers don’t think they can do, like make ultra-thin, ultra-light products that incorporate all kinds of new technologies.’’

Antonio Rodriguez of Cambridge was one of those suppliers once, working for a New York company that enabled Apple customers to print out books of their digital photos. As they were getting ready to launch the product, a team from Apple’s headquarters “descended on us to make sure that everything from packaging to quality control to template design was perfect. And what is even crazier is that the relentless obsession to deliver the perfect photo book to customers continued long after launch.’’ Rodriguez, now an investor at Waltham-based Matrix Partners, said via e-mail that there was always the “implicit threat that if we screwed something up, they’d relegate us to ‘dumb vendor’ status and kick us out.’’

While many companies are tempted to add all sorts of features most consumers won’t use, Apple is disciplined about leaving things out, says Steve Chambers, chief marketing officer at Nuance Inc., a Burlington-based speech recognition company. “Apple is not afraid to focus where it might exclude, to simplify where it may turn off some people,’’ Chambers says. “I view that as a powerful aspect of their DNA.’’ Nuance is offering its free Dragon Dictation application for the iPad.

As far as Apple’s work culture, “when I was there in the late 1980s and early 1990s, people were given amazing opportunities to stretch themselves and grow and do amazing things,’’ says David Tamés, now an employee at the Massachusetts College of Art & Design.

Apple has been known for remarkable marketing, at least since its famous “1984’’ Super Bowl ad introduced the Macintosh in January of that year. Edward Boches, chief creative officer at Mullen, a Boston ad agency, says that Apple’s advertising, when it works best, has supported great products. “More brands should learn that a great story can’t make up for a mediocre product,’’ Boches writes via e-mail.

Also, he adds, “Apple knows who it makes products for — creators, learners, mavericks, free-thinkers, the crazy ones — and it has never strayed from focusing on that audience.’’

As a company, Apple moves so fast that competitors have a hard time catching up, says Michael Troiano, a partner at the Boston marketing agency Holland-Mark. “Apple eats its own lunch,’’ Troiano writes via e-mail. “In eight years, the iPod went from ‘1,000 songs in your pocket’ to ‘Shoot video with your iPad Nano.’ ’’ How many iterations of Microsoft’s Zune music player do you remember?

Prasad Thammineni, founder of the Cambridge-based document scanning service OfficeDrop, says he has modeled his start-up’s customer service strategy after what he has experienced at the Genius Bars inside Apple’s retail stores. “Our customer service reps have a lot of freedom to make sure the customer is happy,’’ Thammineni writes via e-mail. “They give out coupons, storage credits, and more.’’

But in some senses, the company may be more of an exception than an example that can be followed. “It’s like trying on an incredible dress that just isn’t right for you,’’ says local entrepreneur Chris Herot. “You can study Apple’s success and try things, but they probably won’t work for you.’’

For instance, Apple’s unwillingness to share its future product plans with business partners, the media, and software developers might not work for other companies. “That kind of secrecy, where they practically tease you by refusing to say what’s coming next, would be annoying when other companies do it,’’ Herot says, “but it works for Apple.’’ In a world of increasingly open technologies, Herot adds, Apple bucks the trend by promoting closed systems it can control completely: Witness the tight linkage between the iPod and Apple’s online iTunes Store.

And designer Glen Walter, a founder of the Boston industrial design firm Eleven LLC, says that trying to emulate the company’s products or marketing or business strategy at all may be a mistake. “What Apple does exceptionally well is empathize with the user and solve his or her problems,’’ he says. “And everyone else tries to copy the results of that, rather than leading and doing it in their own way.’’ 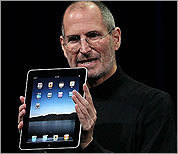 What's the iPad, and
what does it do?