Winning over consumers is key to success 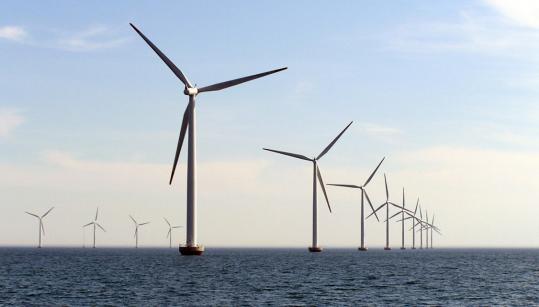 It’s called clean technology’s “competitive conundrum’’: how to get people to pay for cleaner energy when electricity produced from traditional sources like nuclear power, coal, or natural gas costs less.

Today, several industry specialists plan to address that question at GoingGreen East, a clean technology conference designed to bring together executives from green technology companies with investors and other players.

Organizers at the online media firm AlwaysOn Network expect to draw 450 to 500 participants to the conference at the Four Seasons Hotel Boston by the time it ends tomorrow.

Hemant Taneja, a managing director at the Cambridge venture capital firm General Catalyst Partners, will sit on the panel discussing how to make sure emerging clean technologies are successful.

He said companies must have patience to create new technologies that may take years to bear fruit, but that will ultimately appeal more to eco-conscious consumers.

“We have to shoot for really, really disruptive things and we have to have the patience to wait for them to happen,’’ Taneja said. “Squeezing costs out of the existing solutions is not going to be competitive.’’

The more renewable resources - wind turbines, solar panels, and fuel cells, for example - that are up and running, the more they will be widely used, and the cheaper the electricity they produce will become, industry insiders say.

“The thing is, if we have tight credit and conventional energy prices are 2 cents a kilowatt . . . how are you going to convince the American public to pay 40 cents a kilowatt just because it’s cleaner energy?’’ asked Ed Ring, clean tech editor for AlwaysOn.

To build that kind of buy-in, the industry needs a clear and consistent federal environmental policy that will give polluters, like companies that run traditional, coal-fired power plants, financial incentives to cut back on the greenhouse gas emissions they produce, several said.

Once the cost of pollution is factored in, advocates say, clean technology becomes more attractive.

“Clean tech is always in a boom-and-bust cycle,’’ said Matt Moscardi, manager of investor programs at Ceres, a green investment coalition based in Boston. “Without a price on carbon, or some other mechanism by which you measure pollutants and emissions, the playing field will not be level.’’

Paul Maeder, cofounder of the venture capital firm Highland Capital Partners of Lexington, agreed, saying that when it comes to backing clean technology, he focuses on the long-term because venture capital investments often can take several years to pay off.

The best thing the government can do, he said, is institute something like a cap-and-trade system - which forces regulated companies to pay for the pollution they emit - to bring consistency to the world of clean tech.

Of some things consumers can be sure, Maeder said: