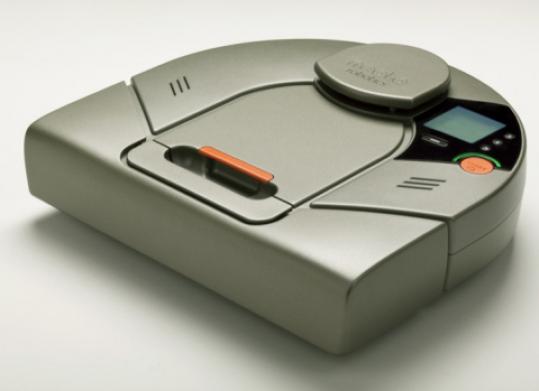 Home robotics
Perhaps Bedford-based iRobot Corp. is too busy building robots for war to be improving its vacuum cleaners back at home.

The company’s Roomba and Scooba have for years been the gold standard for housecleaning bots.

But iRobot (www.irobotcorp.com), which is also in the gutter and pool cleaning businesses, has done little to raise the bar.

At next year’s Consumer Electronics Show, a Silicon Valley start-up plans to introduce its hands-free cleaning gadget, the Neato XV-11.

The new robot, from Neato Robotics Inc., might do for the old, dumb and clumsy cleaning bot what Dyson did for upright vacuums.

The XV-11, which will cost about $400 when it becomes available in February, is different from the Roomba in several important ways.

Rather than bouncing around your kitchen randomly while it cleans, Neato says, the XV-11 charts the locations of all your tables, chairs, and sleeping dogs, from a distance.

Using a tracking tool called SLAM (for simultaneous localization and mapping technology), the robot can clean a room efficiently, without scuffing wooden legs and floorboards, according to the company.

And because the XV-11 is shaped like a “D,’’ it can do a better job of cleaning out corners than current UFO-shaped robotic vacs, Neato says.

The next stop for cleaning robots should be walls and windows, however.

A Brookstone Inc. executive once told me that what consumers really want is a window-cleaning robot. In focus groups and surveys, people told the retailer they hate cleaning windows more than cleaning toilets.

Engineers are working on robots that would do windows. But first they have to make robots that climb.

MIT CSAIL researchers recently developed a window climber, which they call Shady. Shady has a simple job: positioning itself between the sun and your computer screen (more or less), where it unfurls a fan that blocks only natural light in the room.

It can’t be long before someone hands Shady a squeegee.

Alarm wakes you when you’re ready

Kids, cats, snoring spouses, and car alarms are not the only enemies of a good night’s rest. Waking up at the right time is also important, if you want to avoid feeling groggy all day.

Two undergraduates, Greg Nemeth of Boston College and Arun Gupta of Yale University, say their invention, the WakeMate (www.wakemate.com) will finesse your wake-up time, so your alarm rings when you are not in the deepest stage of your sleep cycle.

The WakeMate is a Bluetooth wrist cuff (thus no headband and no wires) with a motion sensor that signals your phone when it is a good time to sound a wake-up alarm.

You will probably be prompted by the WakeMate to wake a few minutes before or after your alarm time.

But you will get up - the WakeMate system is designed to sound a backup alarm, just in case.

The WakeMate (it’s about $50, and is slated for shipment early next year) works with the iPhone and with Android phones, the BlackBerry, and Windows Mobile devices, among others.