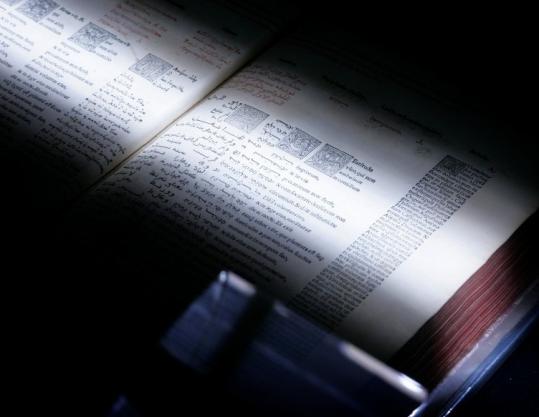 A scanner passes over a book at the University of Michigan, where librarians were helping create digital books. (Carlos Osorio/ Associated Press/ File 2008)
By Christopher Stern and Susan Decker Bloomberg News / November 10, 2009

WASHINGTON - Google Inc. and a group of authors and publishers have until the end of this week to revise a proposed settlement over the company’s plans to make millions of book available online.

A revised agreement had been due to be submitted yesterday to US District Judge Denny Chin. The judge, who had been scheduled to review the final agreement last month, extended yesterday’s deadline to give Google and the others more time to respond to questions about the plan to create a digital book library.

In a letter sent to the judge yesterday, the two sides said they plan to file a request for preliminary approval of the settlement by Friday.

They said they have been in talks with the US Justice Department, which had filed objections and said it was concerned about the “breadth of the proposed settlement.’’ The most recent meeting with the government was last Friday, the letter said.

Google, authors, and publishers are now trying to reach a new settlement to narrow the class of books to be covered by the deal. The talks also have focused on how to bolster protection for copyright holders who can’t be located, people familiar with the talks said.

Google was sued in 2005 by authors and publishers who said the company was infringing their copyrights on a massive scale by digitizing books without their permission.

Under the agreement, Google, the publishers, and authors groups would set up a Book Rights Registry to compensate copyright holders whose works were scanned.

It also would seek to identify the rights holders of so-called orphan works whose owners aren’t known.

Companies including Amazon.com Inc. say the settlement would give Google unfair control over a vast database of books online.

Also objecting are the governments of France and Germany, states including Missouri and Connecticut, authors from Japan and Austria, Time Warner Inc.’s DC Comics, and a group that includes Amazon.com Inc. and Microsoft Corp.