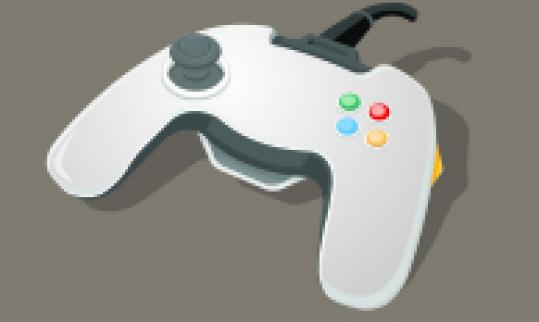 Set aside for a moment the whole messy, Washington-centric debate about restructuring our health care system.

When will we start talking about how we can use technology to be healthier and improve the interactions we have with our doctors?

New England is a center of gravity for what I think of as the new health interface. Physicians here are using Skype to videoconference with patients. Therapists at Spaulding Rehabilitation Hospital are using Nintendo’s Wii video game system with patients who’ve suffered brain injuries. And a group of local entrepreneurs developed the most-downloaded free iPhone application in the health care and fitness department of Apple’s online store: LoseIt, which counts calories and helps the user achieve weight loss goals.

The new health interface involves using technologies that are already widely available - like the Internet, cellphones, and video games - to help all of us better manage our health or communicate more efficiently with our doctors, without spending hours steaming in a waiting room.

“These new technologies are terrific ways to help people become more accountable and responsible for their health,’’ says Joseph Kvedar, director of the Center for Connected Health, a division of Partners HealthCare System Inc. in Boston. “And the individual’s accountability and responsibility aren’t things you’ve been hearing in the health care debate. Politicians have a hard time dealing with that issue.’’

Kvedar is hosting the sixth annual Connected Health Symposium next week in Boston - and using consumer devices and the Internet will be one of the big themes. That symposium will be followed by the CIMIT Innovation Congress later in October, which will feature demonstrations of such things as iHealthSpace, an online environment that aims to bring together patients, their families, and health care professionals. These back-to-back conferences can be seen as an effort to spark a real conversation about how we further develop - and then deploy - the new health interface.

Kvedar’s group at Partners has been researching how mobile phones might be used to change patient behavior. One study looked at sending text messages to patients suffering from eczema, reminding them to take their medications and educating them about better managing the skin condition. Another experiment is using texts to remind pregnant teens to show up for their prenatal care visits.

A different project at the Center for Connected Health attempted to teach stress-reduction techniques in the online realm called Second Life. Almost 70 percent of participants said the experience was very good or excellent, and Kvedar said the teachers liked getting visual signals on the screen to let them know how well students were responding to the instruction.

Elsewhere within Partners HealthCare, physician Ronald Dixon runs the Virtual Practice Project, which is exploring the potential of new communication tools such as videoconferencing, online chat, and secure e-mails. (Dixon says that with a few of his own patients, he uses Skype.) A study Dixon published earlier this year found that when physicians were taking a patient’s medical history or discussing medication-related issues, the videoconference was on par with an in-office visit. Doctors were less satisfied with the videoconference, obviously, when the patient required a physical examination.

While videoconferencing might reduce the cost of certain interactions with a physician - and be more convenient for the patient - Dixon says that reimbursement is one thing holding the technology back. “Videoconferencing doesn’t make any sense in a fee-for-service reimbursement environment,’’ he says. So why does he use Skype with some of his patients? “I do it because I did the research, and I think it’s a good thing to be doing, even though I’m not being paid for it.’’

One of the speakers at this week’s Connected Health Symposium will be Ben Sawyer, the Portland, Maine-based cofounder of the Games for Health initiative. (Sawyer organizes a conference of his own, which will be held in Boston in May.) Video games, Sawyer says, “are powerful, engaging, motivating, and cutting edge. People will spend an hour working on their avatar in Tiger Woods Golf or World of Warcraft. Games developed the right way can get them just as motivated to take care of their bodies.’’

As an example, Sawyer cites Re-Mission, an action game for PCs designed to help young people cope with cancer. The game’s creator, California-based Realtime Associates Inc., describes it as “a cross between Tomb Raider and Fantastic Voyage.’’ A 2008 study found that the game significantly improved the likelihood that patients would stick to their treatment regimens.

PatientsLikeMe Inc., founded in 2004 by three MIT alums, is a company involved in creating a new health interface. The Cambridge company operates online communities for people suffering from such diseases as HIV, Parkinson’s, and multiple sclerosis, where participants can share their experiences with different drugs, therapies, or medical centers.

The new health interface is about encouraging all of us to take control of our health and to interact with the health care system in ways that are convenient, efficient, and ideally less-expensive. But Dixon, who’ll be speaking at the CIMIT Innovation Congress, also says there is the potential to revive the old-fashioned relationship between doctors and patients.

“I think that we, as a culture, have commoditized health care, and what has been lost is that health care in the age of our parents and grandparents was personal. It was relationship based,’’ he says. “What we need is technology that allows that to come to the forefront again.’’

But having an impact on the massive, bureaucratic health care system as a whole will be a big challenge.

“Some things you can’t expect to change,’’ says Jason Hwang, executive director of health care research at the California-based Innosight Institute, a nonprofit think tank. (Hwang will be delivering a keynote at the Connected Health Summit, and he co-wrote the recent book “The Innovator’s Prescription’’ with Harvard Business School professor Clayton Christensen.)

“Hospitals are expensive systems built for patients who are really sick,’’ he says, “and physicians are trained and paid to do certain complex tasks. I think a lot of the innovation you’ll see will come from new entrants and from people imagining a system that’s more decentralized than the one we have today.’’

In other words, by putting more control - and responsibility - into your hands.

Fighting back
Some local initiatives related to using new technologies to improve our health and well-being:
GAMES FOR HEALTH
Annual conference held in Boston, dedicated to video games that encourage healthy living. Organized by Ben Sawyer in Portland, Maine.
LOSEIT
Free iPhone application that provides calorie counts of common foods and helps users achieve weight loss goals. From FitNow Inc.
SECOND LIFE
The Center for Connected Health in Boston is exploring whether people can be taught relaxation techniques within the virtual world of Second Life.