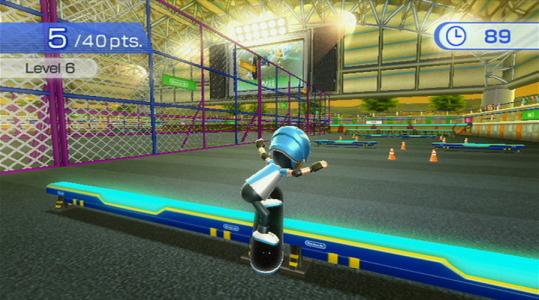 Video Games
It says something about the genius of Wii that folks are still hooked on some of the earliest games for the console system. My girls, 3-year-old Oona and 6-year-old Maeve, like swinging the Wii remote as an imaginary baseball bat or bowling ball on Wii Sports. The games are preferable to zoning out to Scooby-Doo or iCarly.

But Wii Fit, the Nintendo exercise game that stresses strength training, stretching, records keeping, and other boring stuff, is less of an attraction to kids. That must be why Nintendo’s new Wii Fit Plus includes everything that gets kids excited these days, with the exception of urban parkour. Wii Fit Plus features obstacle courses, skateboard parks, and snowball fights. It even has a wacky game in which characters whip across beaches on Segways, those cheesy-looking people movers invented by Dean Kamen. Another new game will have you flapping your arms to move a chicken-suited avatar toward a target.

Wii Fit Plus comes bundled with the wireless Wii Balance Board, which you will need for balance and strength-training exercises. The cost for the package: about $100. If you own the original Wii Fit you can get the Wii Fit Plus disc for about $20.

Watch this fall for a slew of accessories you can tack on to your Wiimotes and Nunchuks. Activision’s new Rapala We Fish comes with a rod and reel. And this month, Thrustmaster will release a package that includes a tennis racket, ping-pong paddle, and golf club, as well as a gym set containing wrist weights for use with Wii workouts.

Monitoring your weight is a current event

There are limits to what I want to know about what is going on inside my body. (At 42, I find what is happening on the outside to be sorry enough.) On this note, I must report that the new WiFi Body Scale, from the French company Withings (www.withings.com), is a perfect example of a gadget that provides way too much information.

The scale is a beautiful work of industrial design, with a thin black-and-steel platform and a simple readout. It calculates your body mass index, and how much of you is fat, according to Withings, by running a current through your body and subtracting the amount of water it detects - a technique called “bioelectric impedance measurement.’’

The current from the scale is harmless, for most people. Wearers of pacemakers and other electronic implants should not use the WiFi Body Scale, Withings states on its website.

The WiFi Body Scale is also a poor idea for neurotics like me. Withings says it transmits your data wirelessly to a secure website (aren’t they all, until they aren’t?) where you can access the terrible details of your progress, or lack thereof, in managing your weight.

I also suspect that Withings will eventually want to sell your records (no doubt “scrubbed’’ of your personally identifiable information) to researchers, unless you chose to opt out.

You can access your weight measurements using Withings’s iPhone app, WiScale. The app is free; the scale is not. The WiFi Body Scale will run you about $160 at Amazon or on the Withings website.

A look at some notable game titles due out this fall.
Your comment is subject to the rules of our Posting Policy
This comment may appear on your public profile. Public Profile FAQ