Microsoft, Nokia pair up on phones 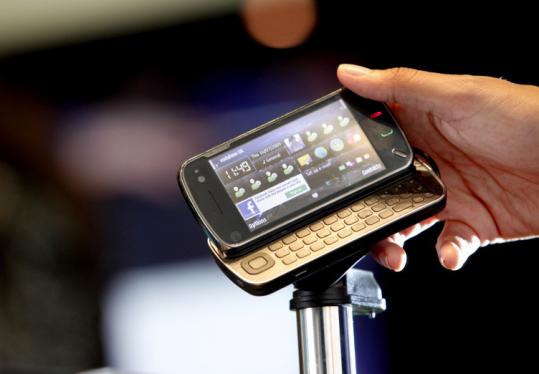 Microsoft, the world’s largest software maker, and Nokia, the biggest mobile-phone maker, will jointly market the products to businesses, wireless carriers, and consumers, the companies said.

Microsoft, with a new version of Office coming out next year, is looking to broaden the use of the product on computers, the Internet, and mobile phones. Nokia wants to lure business customers from Research In Motion Ltd.’s BlackBerry by improving the way Nokia phones work with corporate applications. “This is about giving companies like RIM, or specifically RIM, a run for their money,’’ Robert Andersson, Nokia’s executive vice president for devices, said.

Nokia is both a rival and partner to Microsoft. While Nokia offers phones with competing operating systems, it uses Microsoft’s Exchange program to handle e-mail on some devices. Nokia also has a deal with Microsoft to put Windows Live Internet services on its phones.