Apple stops US preorders for iPhone 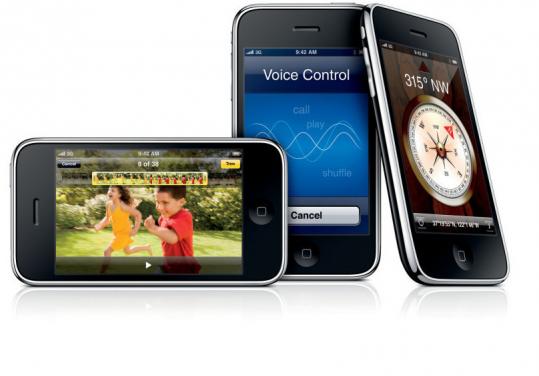 SAN FRANCISCO - Apple Inc. stopped taking US preorders of the new iPhone 3G S for pickup at its stores tomorrow, the day it goes on sale in eight countries.

Customers can still preorder the phone on Apple’s website for a later date, said Steve Dowling, a spokesman for the Cupertino, Calif.-based company.

Apple stopped taking reservations for tomorrow “to make sure we have the new iPhone in stock at every Apple retail store,’’ he said.

The device will be available at all 211 US Apple stores starting at 7 a.m. tomorrow, Dowling said. Website orders placed yesterday will be delivered after that date.

The iPhone 3G S, unveiled earlier this month, is designed to be up to twice as fast as the current iPhone 3G model, released in July 2008.

Two new versions are available: a $199 model with 16 gigabytes of memory and a 32-gigabyte product for $299 with a two-year contract. Apple is also now selling the 8-gigabyte iPhone 3G for $99, half its old price.