Networking and the news 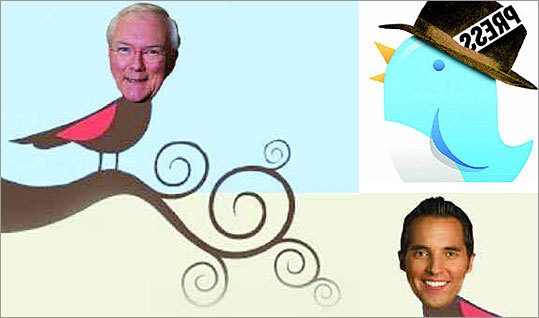 When WFXT-TV (Channel 25) reporter Jim Armstrong needed help on a recent story, he sent this Twitter message to his 179 followers: "working on a special project about. . . . wait for it. . . . CouchSurfing. u familiar?"

When WHDH-TV (Channel 7) reporter Ryan Schulteis arrived at the scene of a Harvard University shooting, he immediately alerted the station's 9,853 fans on the social networking site Facebook.

And when WCVB-TV (Channel 5) asked for Mother's Day photos through their new social media forum, ULocal, 300 photos poured in that day.

As local stations lose viewers and advertising revenue, they are turning to social networking websites for help. In recent months, news directors have used such sites as Facebook and Twitter to generate stories and, hopefully, boost ratings.

"The idea is that for all the broadcasters and newspapers, the media landscape is totally shifting, and unfortunately they need to gain and regain audience," said Gloria Boone, a Suffolk University professor of new media.

The stations are embracing social media sites instead of keeping them at arm's length, and using them as calling cards in ad sales pitches.

"It's all about getting people to connect to their product," said Tracie Manna Chinetti, a senior buyer at Blitz Media in Needham, where she has seen TV stations use statistics from their online sites in sales presentations. "They want to start a buzz about their news station."

Broadcasters are expanding their reach into social media to attract younger news consumers, according to people who study viewing habits. But stations may also be looking to reach older consumers, who are increasingly flocking to online sites. That demographic, people ages 25-54, is the coveted group that advertisers most want to attract.

According to Boone, networking sites can also help stations reach not only people who already watch their newscasts, but friends of those viewers. "The social media is mimicking word-of-mouth referrals, a way of recommending things," she said. "They are providing a word-of-mouth testimonial for that station."

That was the idea when WHDH launched its Facebook page six months ago, offering news updates and virtual tours of the studio. Reporters also use the site to update fans on the stories they're covering for broadcast later in the day.

"We think it's more and more important to interact with the audience, because they are telling us what is relevant to them," said Chris Wayland, vice president and general manager of WHDH and sister station WLVI-TV (Channel 56). "The key to a local newscast is to connect with the local audience. These new social networks allow us an opportunity to talk with them in real time about what is impacting their lives."

The station has also been using Facebook to ask viewers to help shape coverage by selecting a story to air on WLVI's 10 p.m. newscast.

"It will help us attract new viewers, people who might not be a typical news viewer, but people who found us through Facebook or through one of our personalities on Twitter," said Wayland, although he couldn't say whether the sites have helped ratings. "We have a better chance of acquiring that person as a viewer now, where in the past, we wouldn't have."

WCVB is trying the same tactic, but with a twist. In April, the station launched its own social networking site called ULocal, a forum that allows viewers to comment on recent news, share stories, and submit photos. On its first day, which coincided with opening day for the Red Sox, 300 people e-mailed photos to the station. Producers then featured those photos on the station's website and evening newscasts.

The station also has Twitter and Facebook pages, but ULocal is its primary social platform. "The media is no longer a one-way street," said Neil Ungerleider, WCVB's director of digital content. "There is an expectation from the people who watch us that they will be able to comment on the stories that we carry on our newscast and on our website."

Every morning at WBZ-TV (Channel 4), an executive producer dispatches a Twitter message, or "tweet," to the station's 1,833 followers about stories that are coming up.

One recent text read: "MBTA still a hot topic, trying to find all the right angles on this one, do you have any suggestions?"

Stephanie Miller, director of digital media at WBZ and sister station WSBK-TV (Channel 38), said the idea is to tear down the wall between anchors and viewers. "It has helped in building a deeper connection with the audience," she said.

Last year, the station launched its Conversation Nation blog, where viewers chat with morning anchors about city issues. Since its inception, the blog has logged 166,000 comments. "It translates into a loyalty online and on the air," said Miller.

Over at NECN, R.D. Sahl is the station's Twitter-master, sending out tweets several times a day.

In January, WFXT, which has also created pages on Facebook and MySpace, required 10 reporters and assignment desk employees to regularly send out "tweets" to viewers.

"We have to put our product out there," said Gregg Kelley, WFXT's vice president and general manager. "We are competing against many other sources for news. This is a text-savvy market. It's like a two-way street."