How to stay safe when buying from Craigslist, other sites 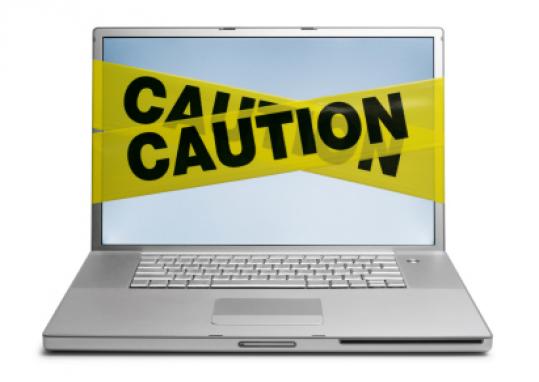 A Washington mother and her teenage son spotted a car for sale on Craigslist last week and when they went to view the vehicle, were robbed by a man wielding a claw-hammer. Last month, a New York radio reporter was fatally stabbed by a 16-year-old he met on Craigslist. And earlier this month, a Minnesota woman answering a phony Craigslist ad for a baby-sitter was shot to death.

Those ads, just like the ones answered by the so-called Craigslist killer accused of murdering a masseuse and robbing a prostitute in Boston hotels, were just clicks away from others posted by people with legitimate listings who were looking to sell a used coffee table or advertising banjo lessons.

The recent crimes have shed light on the problems and dangerous situations that can arise when people use classified and personal ads to hock items and meet people.

Craigslist, the country's largest online classified website, offers a wide range of options for users to barter, sell, and trade services, jobs, and even "casual encounters" on its site with listings specifically geared toward local audiences in cities around the world.

But now that the company's site has grown into an international phenomenon - taking in an estimated 9 billion page views a month - security experts say more people are trolling Craigslist for criminal purposes.

"Craigslist is a fantastic way to get a transaction done really quick," said John Palfrey, a Harvard Law School professor and author of "Born Digital," an Internet safety guide for children. "But the most acute risk is when the online information turns into offline action."

Craigslist officials did not respond to requests for comment.

Here are some tips if you are buying or selling on Craigslist or similar sites:

Protect yourself. Under the federal Communications Decency Act passed in 1996, sites like Craigslist are not liable for content they do not create. So Palfrey said the trick to navigating Craigslist safely is remembering that the site offers few protections against swindles, scams, and even outright violence. In other words, you'll have to safeguard yourself.

"You're putting information about yourself in a highly public space and you have to accept the consequences," he said.

Massachusetts Attorney General Martha Coakley agrees users should take precautions when using the site. "On the Internet people have the illusion that they are safer," she said. "People are engaging in behavior online that they wouldn't face to face. . . . Craigslist just provides an easy way for predators to get what they're looking for."

Listen to your gut. Experts say local law enforcement can only do so much, so let your instincts guide your behavior when interacting with someone online. If someone makes you uncomfortable or a deal seems fishy, don't go through with it.

If someone is conned into buying real estate from a Nigerian businessman, Coakley said there is very little local or state law enforcement can do "without some federal oversight."

And that is not a priority, she said, because "the FBI right now has bigger and maybe more urgent things to do."

Ask questions up-front. Allan Kush, deputy executive director of Wired Safety, a nonprofit that counsels people who have been victimized online, suggests that a person selling items on Craigslist do their own screening, talking to a potential buyer on the phone before inviting them over.

Kush said people should also ask for landline phone numbers because they "tie a person to a place."

"If you happen to be at their apartment or house, chances are they're not going to try anything funny with you," he said.

Beware when meeting someone. Kush said people looking to sell a futon or sofa should be wary about who they invite into their home to view it. He said buyers should bring a friend or invite friends over to help avoid risky situations.

Craigslist offers its own advice when setting up a meeting. The company recommends users insist on a public meeting place, tell a friend or family member where you're going, take a cellphone along, and consider having a friend join you.

"Trust your instincts and report any suspicious activity to authorities," it says on the site.

And nighttime visits are never a good idea, according to Kush, who said the recent attack with a claw hammer in Washington happened in a parking lot at night. The potential buyer went to view a Honda that had been posted on Craigslist and agreed to meet the owner there at 10:30 p.m.

Know your alternatives. There are options such as the free site called Craigguard.com, which allows users to review their experiences much as they do already on eBay. A site called Geebo.com also offers online classifieds at no charge but monitors the site for illegal postings.

And although Craigslist does not screen or edit posts, users are allowed to flag content for removal if they deem it inappropriate or illegal.

If you still are wary of posting a classified ad and letting people into your home or bringing them to a storage site where you are keeping valuables, host a yard sale to sell your unwanted goods. Kush said if you don't have a yard, ask to use a friend's. Consignment shops are another option, he said.