Don't give crooks a key to your computer 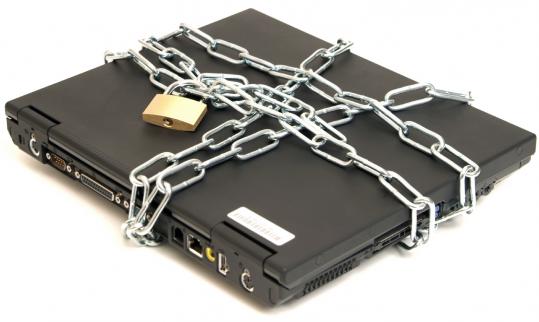 When I left home this morning, my computer was as secure as a computer can be - totally safe from viruses, Trojan horses, and all other forms of malware.

Of course, it was switched off. Once it's powered up and linked to the Internet, crooks from around the world go to work. They may want to swipe credit card numbers or bank account data. Or they might try to make my computer a zombie, so it can attack other machines by remote control.

Internet security can never be perfect, since the bad guys never stop inventing ways to hit us. But that's no excuse for neglecting the basics.

First, keep all your software up to date. Download and install patches against newly discovered security threats. Millions of people don't bother. We know this because at least nine million Windows PCs are infected by a malware program called Conficker. Windows computers with the latest patches are safe from Conficker and many other threats.

So open your Internet Explorer browser and go to windowsupdate.microsoft.com. That's where you can set up your machine for automatic downloads of the latest patches. Be sure to use Internet Explorer, as the site won't work with alternative browsers like the popular Firefox.

Patching Windows isn't enough. Applications like audio players, e-mail clients, or photo editors can also have dangerous security flaws. Some of these programs download patches automatically, but others don't. Luckily, a Danish company called Secunia offers a simple solution. Secunia's Personal Software Inspector scans your computer for thousands of common Windows programs, then tells you if there's an available patch. It then points to websites where updates are available. In many cases, it will automatically link to the update server. Click an icon, and the program is immediately patched. This Secunia program is good stuff. Better yet, it's free stuff, available for downloading at no charge.

Which reminds me - never install software from the Internet except from a reliable source. Some criminal websites offer free software that looks appealing but does something appalling. Instead, get your free software from trustworthy sites like download.com or tucows .com, which test programs for malware before offering them to the public.

This goes double for you Macintosh users. Thousands of Macs have recently been infected by Trojan horse programs, which allow criminals to seize control of the machines. The Macs were infected because their owners installed illegal copies of Apple's $80 iWork office software or Adobe Systems Inc.'s $700 Photoshop image editing program. These users wanted something for nothing, and sure enough, they got it.

Apart from such greed-driven exploits, Macs rarely suffer malware attacks. Mike Romo, manager of Mac security products for antivirus titan Symantec Corp., admitted his products are a tough sell. "I think the Mac is more secure than Windows," he said, "and I can see why consumers would be skeptical about buying software they don't need."

Still, crooks are writing attack programs targeting the Mac, so why take chances? Macs at the Globe are shielded with Symantec security software, just like our PCs. Antivirus programs generally cost around $50 and must be renewed every year to keep up with the latest threats. Pay more, and you can buy security software that will also guard your personal information from identity thieves or protect you from malicious Internet sites.

Or you can download bare bones antivirus software that's better than nothing, and costs nothing. For Macs, there's a free program called iAntiVirus that you can download at Apple's website. Be warned that iAntiVirus only works on Macs that use Intel processors; it won't run on older machines with PowerPC chips inside. For Windows machines, take a look at the free edition of AVG Anti-Virus, available at www.free.avg.com.

You'll also want a firewall program, which prevents intruders from accessing vital portions of your computer. Windows XP and Vista and the Mac operating system have easy-to-configure firewalls built right in; make sure you use them.

Despite all your precautions, you may still find yourself with an infected computer. What then? Antivirus programs will wipe out many common infections - but not all. I once had a machine so tainted with malware that I could only clean it by wiping the entire hard drive and starting over.

So I did. Luckily, I had remembered the most important security tip of all - make regular backups of all files, and save original disks for all programs. That way, no matter how badly infected your machine, you can always put everything right.

If you install the latest security patches, keep your antivirus program up to date, and download "free" software with care, your clean computer should stay that way for a long time, even if you leave it switched on.