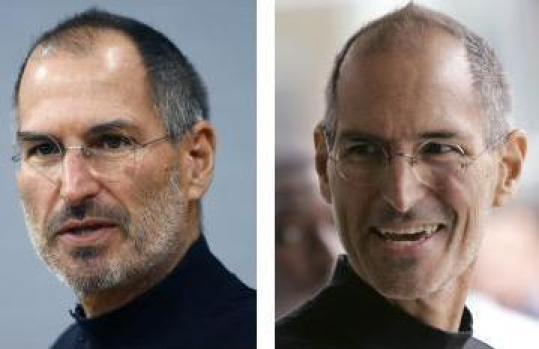 SAN FRANCISCO - Steve Jobs, after months of concern about his health and weight loss, said he is suffering from a nutritional ailment and plans to remain Apple Inc.'s chief executive during his treatment.

"I have been losing weight throughout 2008. The reason has been a mystery to me and my doctors," Jobs, 53, said yesterday in a statement. "After further testing, my doctors think they have found the cause - a hormone imbalance that has been robbing me of the proteins my body needs to be healthy."

The disclosure caps months of speculation by Apple investors that Jobs, who had successful surgery for a form of pancreatic cancer in 2004, was ill again and that he may have to hand the chief executive job to chief operating officer Tim Cook. Jobs turned Apple into a consumer electronics juggernaut with the iPod and iPhone. Still, the stock fell 57 percent in 2008.

Although he has started treatment, Jobs said his doctors advised him that it may take until at least late spring to regain weight.

"The remedy for this nutritional problem is relatively simple and straightforward," Jobs said. "I will be the first one to step up and tell our board of directors if I can no longer continue to fulfill my duties."

Jobs, who cofounded Apple in 1976 and returned in 1997, transformed the company by updating the Mac with sleeker and thinner models, including the iMac in 1998 and the ultrathin MacBook Air notebook last year. His focus on stylish and simple-to-use gadgets won over millions of buyers, turning the iPod media player and iPhone handset into bestsellers.

Steve Dowling, a spokesman for Apple, said there's a succession plan in place if Jobs can no longer run the company. The plan has existed for several years and is confidential, he said.

Speculation about Jobs's health resurfaced in June after he appeared visibly thinner at Apple's conference for developers. The company said at the time that he was suffering from a "common bug" and declined to discuss his health, saying it was a private matter. The speculation persisted as he continued to appear frail at company events later in the year, and investors responded by punishing the shares with each new report of Jobs's ill health.

On Oct. 3, an erroneous report on CNN's iReport.com site said Jobs had suffered a heart attack, pummeling Apple's shares and cutting the company's market value by at least $4.8 billion in the first hour of trading. The shares recovered some of that loss after Apple said the report was untrue. They rose $3.83 to $94.58 in Nasdaq Stock Market trading yesterday.