THIS STORY HAS BEEN FORMATTED FOR EASY PRINTING
Personal Tech 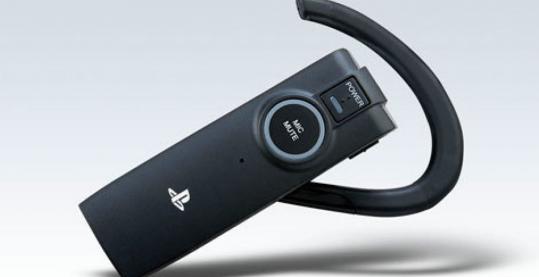 Video games
There is more evidence we're being sucked into the Matrix, by way of Bluetooth headsets.

The PlayStation 3 Bluetooth Headset (about $50) is a dual-use gaming and mobile phone gadget that looks and works like any other Bluetooth headset. Sony PS3 gamers can use it to speak to other online players and to make voice commands in some games.

Imagine your increased productivity as you and your mates coordinate attacks in the Special Forces game, SOCOM, or furnish your apartment in Sony's 3D virtual world, PlayStation@Home.

Then, when mom calls from the real world to report that your laundry is done, you can take that call, too, on the PS3 headset.

You will hear only your conversations. The sounds of stuff blowing up, or of music, come out of your stereo speakers.

You can also use the PS3 headset, in some games, to do "proximity chatting." As in the real world, the virtual people closest to you will sound closer.

But you will not be able to hear a conversation across a virtual room, putting the kibosh on any eavesdropping.

In SOCOM: Confrontation and Home you can place voice commands through the PS3 Bluetooth Headset. The device also sends up an in-game indicator to your screen showing your current connection status, speaker volume, and battery charge.

The PS3's rechargeable battery should last about eight hours, according to Sony.

A quiet turbine you'll hardly know is there

Unless you live in Provincetown, you might want to hold off on that wind turbine you hoped would tamp down your electric bill.

A searchable map at the website for the Swift Wind Turbine (www.swiftwindturbine.com) places most New Englanders at the wrong end of the scale for cashing in on rooftop generators.

But if you live in Quincy or Scituate and feel a bit lucky, the new Swift turbine will not annoy neighbors who are trying to get a good night's rest: The Swift runs almost silently.

Its blades span seven feet. You mount the thing on your rooftop. The Swift has sound-reducing mounting brackets and blades that reduce noise to 35 decibels, according to the Michigan company that makes and sells the Swift, Cascade Engineering. No word yet on local distributors.

But in Massachusetts you'll be eligible for tax breaks designed to reward people for going greener.

Make a payment by waving your phone

I've been trying, in true George Costanza fashion, to get a stone-faced woman at the counter at the East Milton CVS to like me. But each time I hand her my overloaded janitor's keychain to get my customer loyalty card scanned, she seems put off, and I lose ground.

In the plus column, I usually tap my RFID-chipped Citizens Bank card against the checkout reader to streamline the transaction. Once I've fished the card out of my wallet, and then out of its Identity Stronghold spy-blocking sleeve, that is.

Soon, I will not have to open my wallet: MasterCard-issuing banks can now set up their customer's RFID phones to make wireless purchases at retailers with RFID readers.

If you have an RFID phone, such as the Nokia 6131 NFC (Near Field Communication), you'll be able to make a payment by waving the device close to a reader. NFC phones must be very close to most readers, no more than a couple of inches, to be recognized.