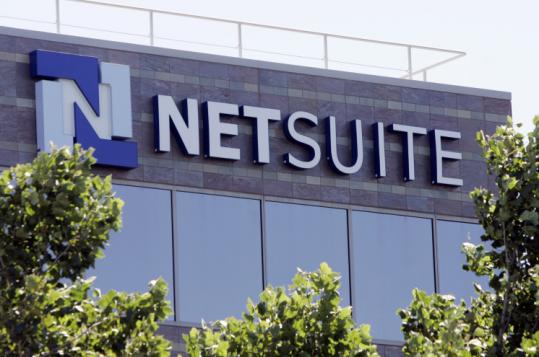 NetSuite plans to use some net proceeds from its IPO to repay the $8 million balance on its secured line of credit. (Paul Sakuma/Associated Press/File 2007)
Email|Print| Text size – + By Associated Press / December 20, 2007

The IPO proved more lucrative than the San Mateo, Calif.-based company anticipated, reflecting the hopes riding on NetSuite despite a nine-year history of losses, which total nearly $242 million.

NetSuite's investment bankers, led by Credit Suisse and WR Hambrecht, aimed to sell 6.2 million shares at $13 to $16 apiece when bidding began last week in an unusual "Dutch" auction that gave more investors a chance to participate. The bankers still have an option to buy another 930,000 shares at the IPO price from NetSuite and its top executives.

Propelled by the strong demand for shares, NetSuite now has a market value of $1.5 billion.

NetSuite will be tested again today when its stock debuts on the New York Stock Exchange under the ticker symbol, "N."

NetSuite is at the forefront of a gradual change in the way companies - especially small- and midsize businesses - buy software to help manage and analyze their operations.

Instead of paying a hefty price to install programs on their own computers and maintain them, thousands of companies are subscribing to services like NetSuite's that enable workers to use software on any device with an Internet connection.

The on-demand concept, known as "software as a service," or "cloud computing," is winning over converts because it saves money and boosts employee productivity by freeing programs from specific computers. Software also can be updated more quickly when it is hosted online.

"This is where all the interesting ideas in software are coming from today," said Deborah Farrington, a NetSuite director and general partner with StarVest Partners, a venture capital firm that owns a 4.5 percent stake in the company.

Some NetSuite rivals like Intuit Inc., whose QuickBooks program is widely used by small businesses, still believe most companies won't entrust control of critical technology to an online vendor.

"No one wants to risk being out of business if their Internet connection goes down," said Angus Thomson, general manager of Intuit's mid-market group.

Larry Ellison, chief executive of business software maker Oracle Corp., was one of the first industry leaders to bet on on-demand computing.

Having bankrolled NetSuite in its early days, Ellison owns a 54.5 percent stake, worth $844 million.