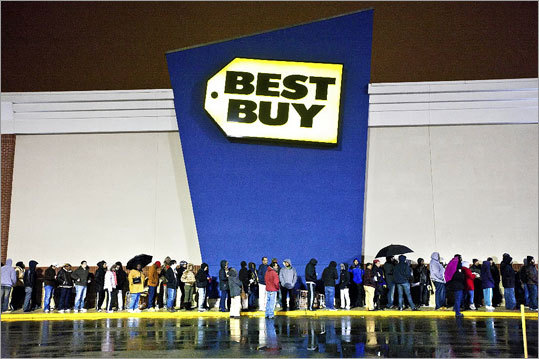 Black Friday - the day after Thanksgiving - is usually the busiest shopping day of the year, and the unofficial start to the holiday shopping season. Because of that, retailers are rolling out bargain deals -- dubbed doorbusters. This year, retailers are announcing their deals even earlier than usual.

Here's a look at some already announced deals. As more deals roll out, we'll add them here.

Left: Black Friday shoppers outside a Dorchester Best Buy in 2010.