With dealers beginning to make fall deliveries, heating oil prices in Massachusetts averaged $3.73 a gallon last month, up $1 from the same time last year, and 31 cents above the average price last winter. If prices stay where they are, according to an analysis of US Energy Department data, it would boost the average Massachusetts heating bill by about $225 this winter, taking a total of more than $200 million out of residents’ pockets and putting more pressure on the sluggish economy.

Higher energy costs act like a tax, siphoning money that consumers might spend on other goods and services.

“Heat, utilities, and food are right at the top of the list, so push comes to shove, you give up the discretionary stuff,’’ said Christopher DeMers, 56, of Bolton. “However, I am comfortable that I can keep my current lifestyle and comfort level unless oil prices rise significantly.’’

Where heating oil prices might go remains unclear. Any number of factors could affect the price, including the progress of the economic recovery, global demand for oil, the strength of the dollar, and severity of the winter.

The key factor, of course, is the price of crude oil, which accounts for about 60 percent of the cost of heating oil. Crude has been particularly volatile over past few months, soaring above $100 a barrel, diving to $80, and climbing again. It closed above $86 in New York yesterday.

Phil Flynn, energy analyst PFGBest in Chicago, said he expects prices to remain high through the winter, rising at least in the early part of the season. Those prices, however, could moderate if crude supplies increase with the end of the Libyan civil war.

“There is a strong possibility oil production comes back online from Libya soon,’’ Flynn said, “ and I think we’ll see supplies build up.’’

But Chris Lafakis, an economist specializing in energy at Moody’s Analytics in West Chester, Pa., said customers should not plan on a drop. Moody’s is projecting crude oil prices will move higher, to about $96 a barrel, by the end of the year.

Lafakis said the loss of Libyan oil had a minimal impact in global markets because other producers made up the shortfall. As a result, a revival of production in Libya is unlikely to have a dramatic effect on overall crude supplies.

For Marie Cazeau, 52, of Dorchester, the possibility of higher heating oil prices is adding to worries about getting through another winter. She is also concerned about possible cuts to a federal heating assistance program that last year provided her with $700 to help buy oil.

Cazeau is working part-time because she’s cannot find a full-time job in a still-weak economy.

“Before, heating was so expensive, and now everything, like food, is more expensive, and we have the same money,’’ she said. “If they didn’t help me there would be no life.’’

John J. Drew, president of the Action for Boston Community Development, a nonprofit that administers the heating assistance program in the Boston area, said the combination of rising prices and shrinking assistance could make it a long, cold winter for tens of thousands of Massachusetts residents like Cazeau already struggling with unemployment, underemployment, and stagnating wages.

The Obama administration has proposed cutting the $5 billion-a-year program by as much as half. At current prices and funding, the maximum benefit, $1,000, buys a little more than a tank of oil, said Drew. “If the budget is cut in half you won’t even get one tank of oil,’’ he said.

Members of the state’s congressional delegation said they are working to ensure that Congress maintains fuel assistance at current levels. The program “saves lives in New England,’’ said Senator John Kerry. “It’s a tiny part of the budget, but an enormous lifeline for seniors and the working poor.’’

Scott MacFarlane, president of MacFarlane Energy in Dedham, said he is hoping that oil prices fall before cold weather arrives and the heating season kicks into high gear. He said prices seem artificially high because there appears to plentiful supplies to meet demand.

“Every oil dealer wants the prices to go down,’’ he said. “It makes it easier for customers to pay their bills.’’ 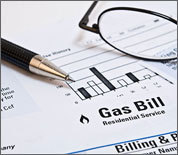