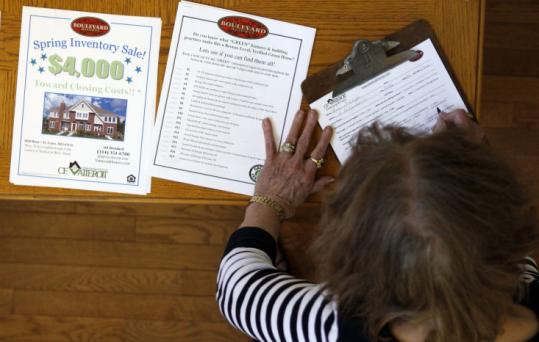 Mortgage rates for 30-year US loans rose for the first time in 12 weeks as Americans sought refinancings amid record-low borrowing costs.

The rate for a 30-year fixed loan climbed to 4.35 percent in the week ended yesterdayfrom 4.32 percent, Freddie Mac said in a statement. The average 15-year rate was unchanged at a record low 3.83 percent, the McLean, Va.-based company said.

A five-month slide in interest rates has spurred homeowners to seek lower monthly payments, with the Mortgage Bankers Association’s index of refinancings more than doubling since the end of April.

Banks, as a result, can afford to allow rates to rise slightly, said Keith Gumbinger, vice president of HSH Associates, a publisher of consumer loan data in Pompton Plains, N.J.

A jump in prepayments may also be pushing down mortgage bonds relative to treasuries, he said.

The housing market weakened after a federal tax credit for buyers expired at the end of April. Sales of previously owned homes, which make up about 90 percent of the market, fell 27 percent in July to a new low, the Realtors group said Aug. 24.

The Federal Reserve said home sales in most of its 12 districts were “very low’’ or “declining’’ following the expiration of the tax credit, according the Beige Book survey of regional conditions released Wednesday.