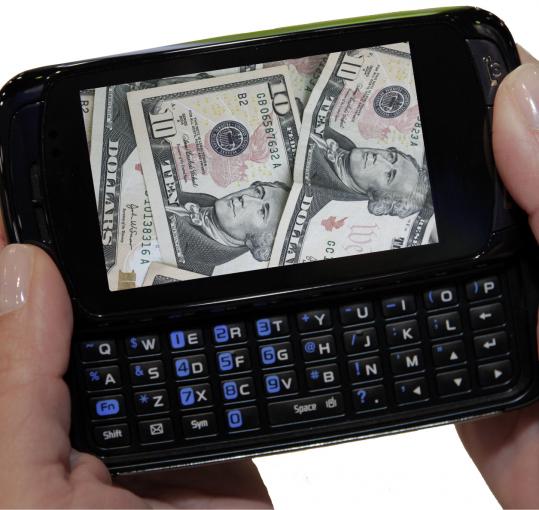 Cellphone users whose plans don't include online access are charged extra based on the number of megabytes they download - usually 99 cents and up per megabyte.
By Megan Woolhouse Globe Staff / March 18, 2010

Almost anyone can end up with a surprise charge on their cellphone bill, even the state’s top consumer watchdog.

Barbara Anthony, undersecretary of the Consumer Affairs & Business Regulation office, said she recently accidentally pushed the wrong key on her phone, connecting it to the Internet. She later found a 40-cent charge on her bill for the brief online session, because her plan does not include Internet access.

“I look at my bills very carefully,’’ Anthony said. “If they can get 40 cents from a million people, that’s a lot of money.’’

Consumer groups say such “data usage’’ charges routinely appear on cellphone bills, but because the fees are usually small — $1.99 or less depending on how much data is downloaded — they often go unnoticed. Many consumers have been unaware that they are being charged for Internet access on their phones, although over time, the fees add up.

Last August, the Federal Communications Commission, which regulates telecommunications companies, opened a inquiry into whether wireless companies provide consumers enough information about phone purchases and charges they might incur. Nonprofit advocacy groups such as Consumers Union and the Consumer Federation of America said they receive frequent complaints that wireless phone providers are profiting from such stealth charges.

“It’s nickel-and-diming in the truest sense,’’ said Bob Williams, a Consumers Union spokesman. “Most people let it go, but the bad part is that letting it go only encourages it.’’

Consumer advocates say wireless companies could avoid the problem altogether if customers were allowed to request Internet activation, in stead of being given phones already enabled for access.

Michael Murphy, a spokesman for Verizon Wireless, said customers charged for accidental access may seek refunds by calling Verizon’s customer service. Customers are also able to lock their keys or have their phones reprogrammed to avoid accidental button presses.

“Customers that purchase Mobile Web capable phones generally choose them because they want mobile access to the Internet,’’ Murphy wrote in an e-mail.

Verizon, the nation’s largest carrier with more than 90 million customers, charges customers for downloads only after a user has launched the Internet browser on a cellphone and taken steps to navigate to a website beyond the carrier’s homepage. For instance, if a person accidentally touches a key and triggers an Internet connection, no charge applies. But if the process goes a step further, it costs money.

Murphy said customers learn about data fees when they purchase a phone or through company literature and mailings.

But some cellphones, like Anthony’s Samsung model from Verizon, offer little room for human error. The button that enables access to the Internet is adjacent to a frequently used command button. And the issue is not limited to Verizon. Other major carriers, like AT&T, also charge for data downloads, even accidental ones.

AT&T spokeswoman Alexa Kaufman said the company refunds accidental data usage charges for customers who complain. For those with plans that do not include online access, AT&T charges $2 per megabyte, not per minute. One hour of web browsing typically totals 10 megabytes.

When AT&T customers go online, Kaufman said, they receive a message on their phone indicating additional fees might apply.

“We’re trying to strike a balance between making wireless devices and new services available, but doing so in a way that’s fair,’’ she said.

Customers who use smartphones — like an iPhone or BlackBerry — pay a monthly data download fee (usually $10 to $30) for Internet access. But according to a December survey by the Yankee Group, a Boston technology research firm, only about 20 percent of cellphone users own smartphones. People who own standard phones often do not buy user plans that include Internet access for a set fee.

Andy Castonguay, an analyst at Yankee Group, said customers’ ability to download Web pages and applications by phone remains relatively new and the industry is evolving.

For now, “it’s not in the operators’ financial interest to limit activity and charging’’ for downloads, including accidental ones, Castonguay said. “But at some point, it does become a problem if enough consumers become angry with spurious charges.’’

Joel Kelsey, a telecommunications policy analyst at Consumers Union, said many cellphone customers are already angry about being hit with unexpected download charges that range from 99 cents to $5.99 per megabyte.

Kelley Hogan, 28, of Brighton said she found $4 surcharges for data downloads on her January and February phone bills. Hogan said she bought a basic cellphone because it was simple to use, but was charged twice for accidentally pushing a wrong button.

As a result, Hogan said, she had Internet access blocked to prevent additional charges, but the experience made her wary of what else might show up on her bill.

“I just feel like every month it’s something new and different that I’m getting charged for,’’ she said. “There’s random data charges, Internet charges, over-your-minutes charges — all these things that make the bill more than it’s supposed to be.’’

David Bookbinder, who runs a computer service business in Peabody, said Verizon recently charged him $3.98 for a megabyte of data he said he mistakenly downloaded.

“These companies know that 90 percent of people don’t look at their bills,’’ Bookbinder said. “It’s kind of a sneaky way of putting a fee in there that people aren’t aware of and don’t expect.’’

Earlier this month, an Ohio lawyer filed a federal lawsuit on behalf of two Verizon customers who were allegedly hit with “phantom’’ surcharges. According to a copy of the lawsuit, the Verizon customers were billed for data usage despite blocking Internet access. The suit claims thousands of customers might have been similarly charged and seeks damages in excess of $5 million. Verizon officials said they could not comment on pending litigation.

Anthony, the state consumer affairs official, advises consumers to scrutinize their bills for unusual charges and report problems to the FCC. Complaints may be filed online at http://esupport.fcc.gov/complaints.htm.

“You have to be very careful,’’ Anthony said.