Amid subprime fallout, some investors bank on catastrophes

Bets against natural disasters have proven lucrative as of late 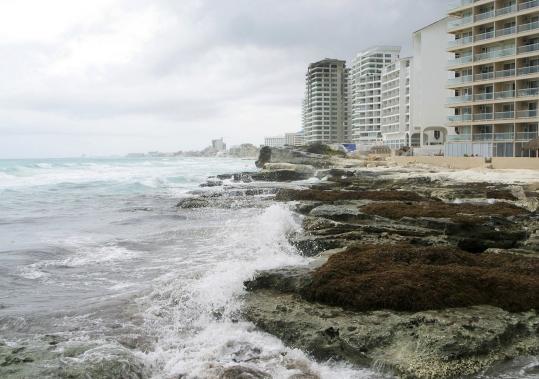 With the exception of Hurricane Dean, the lack of severe storms this year has only made cat bonds look better as subprime mortgage defaults sap demand for corporate bonds, stocks, and commercial paper. (Victor Ruiz/Reuters)
Email|Print|Single Page| Text size – + By Bloomberg News / September 2, 2007

NEW YORK - Investors looking for safety from declines in the mortgage and corporate bond markets may find it in the path of a hurricane.

Catastrophe bonds, which investors buy to bet against natural disasters such as a $100 billion hurricane striking Miami, returned 3.4 percent since May 31, according to data compiled by Swiss Reinsurance Co. The average corporate bond declined 0.3 percent in the same period and asset-backed debt fell 3.3 percent, data from Merrill Lynch & Co. show.

With half of this year's Atlantic storm season over, no hurricanes have hit US coasts. That's benefited money managers who risk losing their entire investment if a disaster occurs in exchange for yields that are 3 percentage points to 7 percentage points higher than benchmark interest rates. Cat bonds haven't been hurt by the plunge in the value of securities backed by mortgages that hurt most debt markets.

"If anything, we're getting more interest from investors now," said Judith Klugman, a managing director at Swiss Re, the world's largest reinsurer and biggest underwriter of cat bonds. The contrast with other markets' performance may "spur even more investors to put capital to work in this asset class."

The extra yield that investors require for cat bonds has narrowed relative to three-month London interbank offered rates in the past year and stands to tighten further as demand rises, Klugman said. A bond trading at 6 percentage points more than Libor 12 months ago may have a spread of 4.8 percentage points now, she said. Three-month Libor is 5.6 percent.

Rising demand helps insurers including Allstate Corp. and State Farm Mutual Automobile Insurance Co., which sell the bonds to protect themselves from the biggest disasters. The securities are an alternative form of reinsurance, allowing them to disperse risks among investors rather than turn to reinsurers such as Swiss Re.

Swiss Re expects the value of cat bonds to more than triple to almost $50 billion in five years from $14 billion. Northbrook, Ill.-based Allstate, the largest publicly traded US home and auto insurer, and Chubb Corp., the Warren, N.J.-based insurer of luxury homes, sold bonds for the first time in 2007, contributing to the record $5.7 billion of issuance in the first seven months.

"A lot of benchmark insurance names are now buying into this, so we would certainly expect others will follow their leadership," said Klugman. Zurich-based Swiss Re published the industry's first cat bond indexes eight weeks ago to generate interest in the market.

Investors in cat bonds, including hedge fund and pension fund managers, require among the highest yields in the fixed-income market because they stand to lose all their principal if a particularly disastrous hurricane or earthquake triggers insurance claims above a predefined threshold. The average junk bond yields 8.96 percent, according to Merrill data.

Cat bonds tracked by Swiss Re have returned an average 11 percent a year since the start of 2005. Holders of only one $190 million series probably won't get all their money back when the bonds mature in December. Swiss Re sold the securities a month before Hurricane Katrina devastated the Gulf Coast two years ago this week.

"I've got my fingers crossed because we had a great 2006, and hopefully we'll have a good 2007 and 2008," said John Brynjolfsson, a managing director at Pimco in Newport Beach, Calif. He helps manage $2 billion of cat bonds.

Some of the most dangerous weeks of the June-to-November Atlantic Ocean hurricane season are still ahead, and forecasters predict above-average activity, just as they did the past two years. No hurricanes made landfall in the United States in 2006. In 2005, Katrina and five others cost insurers more than $58 billion.

Colorado State University forecasters, among the most watched by insurers, projected Aug. 3 that four hurricanes meriting at least a Category 3 on the five-tier Saffir-Simpson scale would form at sea, almost twice the annual average from 1950 to 2000. Last week Dean became the first, coming ashore in a sparsely populated area of Mexico's Yucatan Peninsula.

"Typically there's not a lot of volume in the hurricane-related assets during the season unless you have something that's troubling," said Brett Houghton, who trades cat bonds as a senior vice president in structured finance at New York-based Lehman Brothers Holdings Inc., the fourth-biggest US securities firm by market value.

The lack of severe storms this year has only made cat bonds look better as subprime mortgage defaults sap demand for corporate bonds, stocks, and commercial paper. As the credit crisis spread, it forced hedge funds run by Bear Stearns Cos. and Sowood Capital Management LP to liquidate.

"We expect that pension funds and funds of funds will be more likely to allocate assets to this sector in light of its relative outperformance during recent fixed-income market volatility," said Michael Millette, a managing director at New York-based Goldman Sachs Group Inc. who helped create the first cat bond, a $68.5 million offering from St. Paul Cos., 11 years ago.