THIS STORY HAS BEEN FORMATTED FOR EASY PRINTING
MUTUAL FUNDS 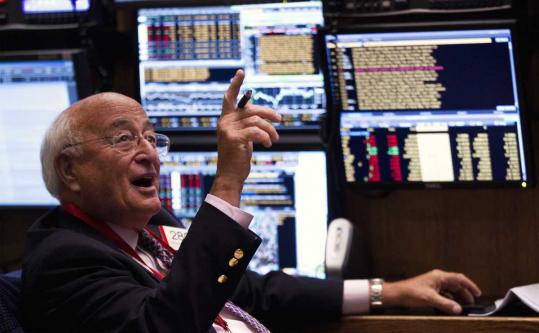 Risks of a US debt default sent investors fleeing the low-risk cash investments in recent weeks, stirring up memories of a money fund’s collapse triggered by the bankruptcy of Lehman Brothers.

This time, money funds’ perceived weaknesses were their huge investments in Treasury bonds, and fears that the government might not make good on those IOUs.

As talks to lift the nation’s debt ceiling stumbled, investors withdrew a net $122 billion from money funds in the seven-day period ended Monday, according to industry researcher Crane Data. That exodus trimmed almost 5 percent of the $2.6 trillion that the funds hold

It was comparable to the rush out of money funds in September 2008 when one of the largest funds collapsed, leaving investors temporarily unable to access cash and facing small losses on their investments. The debacle marred a near-perfect safety record for money market funds in terms of protecting investors from losses.

There haven’t been any indications that any funds have run into such troubles this time around, with no investment losses or frozen cash.

It’s expected that investors will continue to seek shelter from the stock market declines driven by recent disappointing economic news, and pour their cash into money funds.

“They have definitely dodged the bigger crisis,’’ says Peter Rizzo, a credit analyst who rates money funds for Standard & Poor’s. “Had the government gone into default, there’s a domino effect that could have occurred.’’

Similar concerns were echoed by Fitch Ratings, which warned last month that a government default could send investors rushing to the exits again.

In turn, that could have forced money fund managers to sell holdings at discounted prices so they could return cash to their investors on demand. Fitch noted that US money market funds hold about $1.3 trillion in government-backed debt, about half of all money fund assets.

Those investments may still leave money funds vulnerable to a potential downgrade of US debt.

If investors react rationally to a downgrade, there should not be a shock to money funds, Rizzo says.

Here are a few basics about money funds, and reasons why investors face low risks in case of a downgrade:

Returns: Historically, money funds have delivered slightly higher returns than bank accounts. But investors have pulled huge sums from money funds over the past two years because low interest rates are keeping returns at historic lows. Yields normally ranging from 2 percent to 4 percent have recently averaged around 0.02 percent - $2 a year for each $10,000 invested. But you can’t get much more from various bank alternatives now.

Credit quality: If US government debt is downgraded, money funds won’t be forced to sell their Treasurys and other debt. They could continue to hold and even buy AA-rated securities, provided a fund’s managers determine those investments pose a “minimal credit risk’’ - a legal requirement for money fund holdings. Rizzo says Treasurys would still be fair game under any downgrade scenario.

Cash access: Regulations strengthened last year require money funds to hold a larger proportion of their portfolio in cash than they were allowed previously. This helps ensure investors can get money back on demand. The vast majority of money funds are exceeding minimum regulatory requirements, with a recent trend toward even more conservatism, Rizzo says.

Transparency: Money funds now are required to publish portfolio holdings on their websites every month.

This is intended to help prevent another situation like the one in September 2008, when investors worried that their funds might share the weakness that brought down the Reserve Primary Fund - a soured investment in Lehman Brothers debt. Many quickly withdrew cash, not knowing what investments were in their fund’s portfolio.