Election seen as key to future of overhaul plan 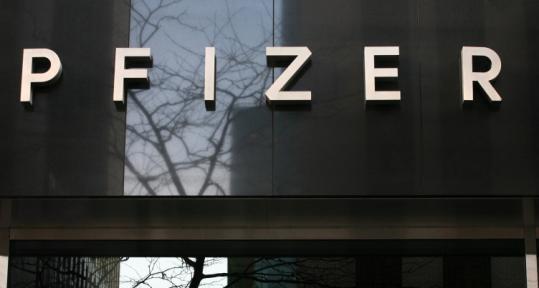 Pfizer Inc. was among health stocks that rose yesterday. Its shares closed at $20, up 51 cents per share. (Mark Lennihan/Associated Press/File 2009)
By Tim Paradis Associated Press / January 20, 2010

NEW YORK - The stock market rebounded as traders placed bets that the outcome of an election in Massachusetts would make it harder for President Obama to overhaul health care.

The vote yesterday to fill the seat of late Senator Edward M. Kennedy was seen as a chance for power to shift in the Senate if Republican Scott Brown won. A Brown win would give Republicans the 41 votes necessary to block Democratic proposals, including the health care bill. Rising health care stocks led the market higher as the prospect of a logjam in Washington eased concerns that profits at companies like insurers and drug makers would suffer. About five hours after the markets closed, Brown defeated Martha Coakley.

Technology shares rose smartly after a Credit Suisse analyst raised his rating on Ciena Corp., a maker of telecommunications equipment, predicting that revenue would exceed expectations. Technology shares are sure to be a key focus for the market today after IBM Corp. reported a 9 percent increase in earnings late yesterday for the final three months of 2009. The company said after the closing bell that its revenue rose for the first time in a year and a half. IBM also predicted that 2010 earnings will come in at the high end of its previous forecast.

Analysts said that beyond a possible shift in prospects for health care changes, the week’s earnings reports will help chart the market’s course in the coming months as companies update their expectations for the economy. The stock market has been climbing for 10 months on hopes that an easing recession would boost corporate profits. But lingering problems like high unemployment and a weak housing market have raised questions about whether the rally has been overdone.

Brett Hryb, a portfolio manager with MFC Global Investment Management in Toronto, said a defeat of the health bill could help some companies but that a win by Brown would not necessarily doom the proposed changes. “It’s not a slam dunk by any means,’’ he said.