Researchers at Harvard work to edit the genome, with eye toward industrial uses 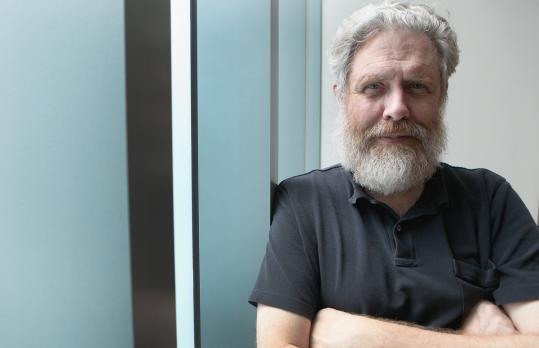 It’s a branch of biology often defined as the quest to build life from scratch. Synthetic biology, the effort to engineer novel bacteria for useful purposes, holds the promise of lab-built organisms that could secrete biofuels or clean up oil spills, but also the peril of designer pathogens and unintended consequences.

In a laboratory at Harvard Medical School, however, genetics professor George Church is taking a slightly different approach.

Instead of trying to compose the DNA manuscript of life from raw materials, he’s taking tinkering to a new level. By cribbing from evolution’s playbook and adding a touch of automation, his laboratory has devised powerful new technologies that will enable broad-brush genome editing of an entire organism - the biological equivalent of hitting the “replace all’’ button when editing a document.

These techniques are not just a neat scientific trick: Church’s ultimate goals are practical.

He hopes to create organisms that can churn out unnatural amino acids that might have industrial uses, and he foresees the development of bacteria engineered to be resistant to viruses that could cause contamination in the production of biotechnology drugs or food products. The same strategies could be used to tinker with life safely, creating bacteria that could never escape into the wild and contaminate naturally occurring bacteria.

Church, along with biologist J. Craig Venter, another leader in the field, have over the past two years marked significant milestones in the growing field. Last year, Venter’s laboratory announced an impressive feat - his team built a genome in the laboratory that functioned when put in a cell.

Instead of trying to write the genome, Church has been developing techniques that can enable large-scale genome editing - essentially tools that will be able to insert, delete, or tweak an organism’s abilities, such as producing a useful chemical or vitamin, or evading infection.

Church is following an interest that has guided him since he was a young scientist - the need to bring more automation to biology, cutting the cost and time of various procedures.

He’s best known as a leader in the quest to read DNA more quickly and cheaply, with the ultimate goal of turning the big feat of sequencing the human genome into a routine tool.

Bringing down the price of a technology “is something that doesn’t appeal to that many biologists. It doesn’t even appeal to that many companies,’’ Church said, acknowledging that he is bringing a somewhat unusual engineering approach to science. “Most won’t frame it in terms of lower cost - it seems like you’re selling paint thinner.’’

Already, Church and members of his large laboratory are working on putting one of the techniques he is developing to use, partnering with companies on projects to create bacteria with industrial applications, ranging from food production to biotechnology. To engineer those bacteria, Church and colleagues invented a technology called multiplex automated genome engineering, or MAGE, which puts targeted evolution in fast-forward. Researchers add pieces of synthetic DNA into bacteria at specific spots, creating a population with enormous genetic diversity - allowing researchers to select the bacteria that have desirable traits.

His laboratory is working on projects including optimizing bacteria that can make vitamins or particular amino acids, he said.

In a 2009 paper published in Nature describing the technique, researchers optimized E. coli bacteria to pump up production of lycopene, an antioxidant found in tomatoes. Church’s laboratory is also looking at the feasibility of making bacteria involved in cheese and yogurt production immune to viruses - a way of protecting the food industry from pathogens that could disrupt their production.

Church, also a faculty member of the Wyss Institute for Biologically Inspired Engineering at Harvard University, and colleagues have devised a prototype of a machine that could be manufactured to do the process in other labs, working with Boston Engineering Corp., an engineering services firm.

But ultimately, he hopes to build tools that will open up an even more expansive frontier, by allowing scientists to begin to recode life on a large scale.

On a recent afternoon, a graduate student in Church’s laboratory, Marc Lajoie, snapped shut a small, clear tube and drew a red heart on the cap - the symbol both serving as a pragmatic label and encouraging “bacterial mojo’’ - the hope that two types of bacteria mingling inside, each with a partially edited genome, would create more fully recoded offspring.

The project goes by the pet name “rE. coli,’’ for “redoing E. coli.’’ The ultimate hope is to create a totally edited bacteria, one that could produce a completely unnatural amino acid.

The technique isn’t widespread. “I’m one of about five people who knows how to do this in the world,’’ Lajoie joked. “Nobody cares about it yet.’’

But if Church and collaborators are successful, the project Lajoie is working on - revealed this summer in a paper published in the journal Science - might eventually become not just a one-off scientific feat, but a powerful tool that will allow people to precisely design organisms with new abilities and uses.

“I must say, my ambition since I was a teenager was to automate everything,’’ Church said. “And if anything, it’s a much more realistic goal now than it was back in the ’70s.’’